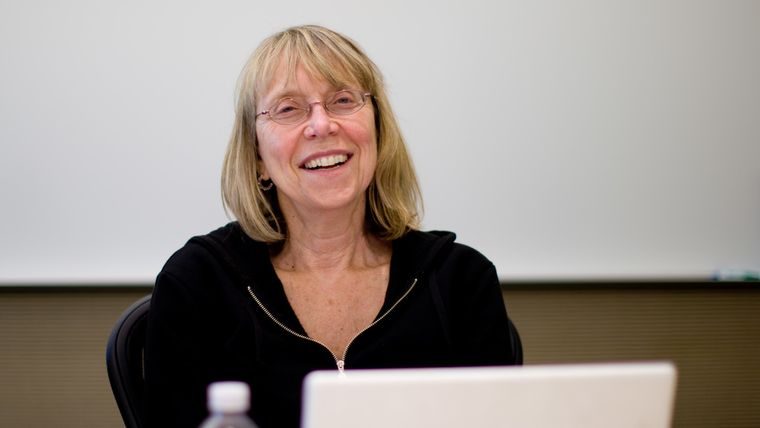 Esther Wojcicki – award-winning educational maverick, journalism and English teacher at Palo Alto High School, vice chair of the Creative Commons and journalist for The Huffington Post – has joined the advisory board of THNK, the Amsterdam School of Creative Leadership.

“It would be difficult, if not impossible, to find anyone in the world with the same blend of experience, vision and passion for education as Esther Wojcicki,” said Bas Verhart, co-founder and chairman of THNK. “As a woman of many talents, her views on education and innovation are highly respected throughout the world. She is a marvelous addition to the THNK team.”

As a Google educational consultant in 2005-06, Wojcicki helped design the Google Teacher Outreach program and the Google Teacher Academy. Wojcicki also served on the University of California’s Office of the President Curriculum Committee, where she helped revise the state’s journalism curriculum.

Aside from being awarded Journalism Teacher of the Year twice, Wojcicki received the 2009 Gold Key Award from Columbia University Scholastic Press for her outstanding contributions to student journalism. As a professional journalist, she currently writes for Edutopia, HotChalk, eWEEK, The Huffington Post and other publications.

Join the upcoming THNK Creative Leadership Program. Visit the program page to find out if you qualify or download the program brochure.