Crowdsuing: Giving voice to the people 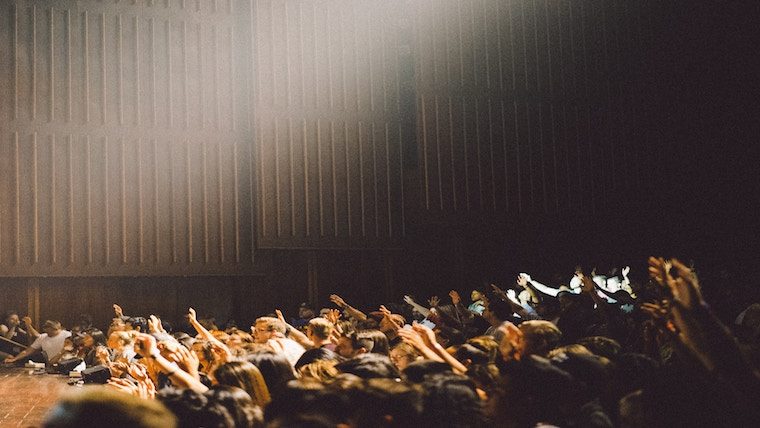 Socially innovative initiatives such as crowdfunding platforms are popping up all over the place, but the legal realms have remained largely untouched. Until now.

Ronald Lenz, a THNK Class 3 participant, together with fellow social entrepreneurs Rick Smets and Robbert Woltering, has just launched Crowdsuing: a platform that uses crowdfunding to raise money for lawsuits, with the aim of uniting and empowering people to challenge societal and corporate injustices.

Founded only four months ago, Crowdsuing has attracted widespread media attention in the Netherlands. Working together with various law firms and partner organizations, the start-up is currently working on its first cases. Though these are currently non-disclosed, it is clear that Crowdsuing wants to increase fairness and transparency on social issues such as privacy, food and human rights, by giving a voice to the people and citizen interest groups. Ronald says, “We became extremely frustrated by many things we read in the media – from Facebook exploiting private consumer data, to a multinational like Monsanto obtaining patents on broccoli.”

According to Ronald, the rationale behind Crowdsuing is three-fold. First, Crowdsuing wants to positively change behavior in big corporations and organizations that are overly fixated on short-term vision and profits. Second, current legislation does not always keep up with changes in society: “There are too many grey areas, leading to corporate wrongs against citizens.” Third, Crowdsuing shows people they have the power to bring about change, despite popular belief: “We want to add a new legal option for people to collectively act, going beyond petitions and TV shows like Radar and KASSA. We hope that together, we can bring about systematic and positive change.” Radar and KASSA are two Dutch consumer TV programs shedding light on societal and consumer injustices.

Ronald emphasizes that, while pushing for new or reformed legislation, it is not their intention to change the legal system. He says, “the current system took hundreds, thousands of years to develop. Its core essence is magnificent. The only problem is that many important issues never reach the courts. We make sure that these cases are tried and heard, offering an enabling platform to citizens. But we fully trust our legal system will do that which is just.”

Creating social impact by empowering others

Ronald’s deep passion for driving positive change is evident in all that he says and does. Starting out as a researcher, Ronald quickly realized that he could do a lot more about the social problems he was passionate about as an entrepreneur. Quitting his then-job, he has since focused on creating social impact by creating innovative platforms, enabled by new technologies. He sees technology as a catalyzer for social change: “I am interested in bringing together people, creating social, collective change together, using technology as a key tool. I guess this is the red thread that binds together everything I do.This is actually something I realized at THNK: by working with these people, and through intensive coaching, I was able to become more focused, get rid of all the ‘noise,’ as I like to call it, and focus on working on projects I was truly passionate about.”

In addition to his work for Crowdsuing, Ronald is Head of Business Development, Sales and Partnerships at the 1% Club, a global crowdfunding and crowdsourcing platform, co-founded by THNKer Anna Chojnacka. Ronald is also Director at Cities Next, an agency for civic design that connects citizens, municipalities and companies to resolve urban challenges, which he founded with THNKer Daniela Krautsack.

Ronald explains that his focus on collective impact is probably due to his extensive background in urban innovation, approaching issues from a wider perspective. 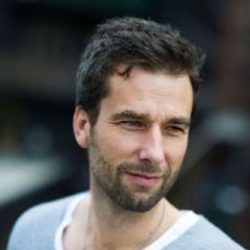 Ronald Lenz
Business Director
1%Club, City Changemaker, iMPACT Booster
"Today’s social problems are so grave and severe that we can only tackle them together."

In 2013, Ronald participated in THNK’s Executive Leadership Program and learned the tools and framework he needed to advance his work.

“At THNK, by meeting all these like-minded people, working with them, and thanks to intensive personal coaching, I became more focused. THNK allowed me to get rid of all the ‘noise,’ as I like to call it, and focus on working on projects I was truly passionate about. Of course, I already knew what I was passionate about, but there were a lot of distractions still, leading to a lot of frustration. THNK led me to align my deepest passions and purpose with my daily activities and projects.”

So what’s next? With regards to Crowdsuing, Ronald already has various other cases in the pipeline. He and his partners feel that the Netherlands is a greatly – albeit tiny –innovative place to kick start the platform. The next step is to expand to the United States, where class action is already much more embedded in the legal culture.

Dubbed “class action for change,” the initiative has been widely embraced in the U.S.. Ronald and his partners are in the midst of negotiations with various impact investors,but he stresses that there is no end-game. Like many of his professional endeavors, he wants to play an enabling role, coming up with new business models, strategies, and solutions that aid society (some of his other ventures include 7scenes, Waag Society’s Urban Reality Lab and the Mobile Learning Academy).

Above all, Ronald is very hopeful about the future, adding that while the 1980’s and 90’s were driven by linear economic growth and accumulating material wealth, social enterprises will be one of the hallmarks of the 21st century. His personal role in all of this is clear: creating social impact by facilitating people with the right tools and platforms, showing people that together, we can drive breakthrough change.

Ronald is one of the inspiring leaders who took part in Class 3 of the THNK Executive Leadership Program.

To discover the power of co-creation and to join the upcoming program, visit the program page to find out if you qualify or contact us at admissions@thnk.org.