Economics as the key to change 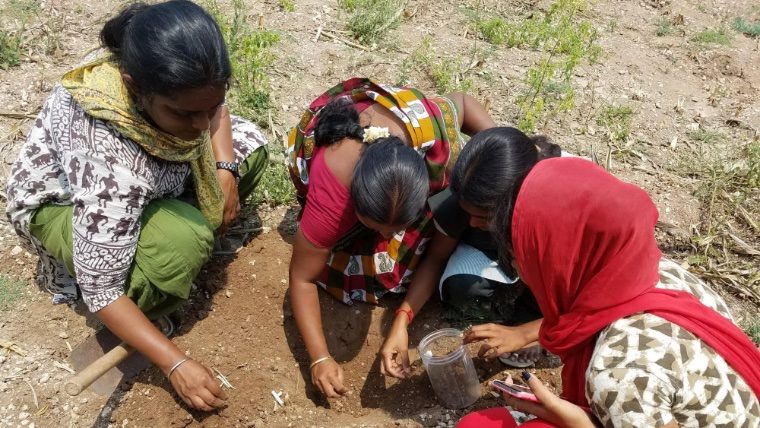 Where can you learn to change the world? It’s a question we try to answer daily at THNK.

Naturally, much can be learned by going out and visiting leaders that are doing just that. This time I travel all the way to south India to see an exciting new social enterprise that THNKer Usha Venkatachalam has started in her home state of Tamil Nadu.

The first lesson I need to learn is to look up as you enter a room so that you know where to sit and be right under a fan. It is hot. 40 degrees Celsius in the shade and it hasn’t rained in months so the rivers are dry.

Usha’s enterprise has colorful offices located next to one of those dry riverbeds on her parents’ coconut-farm. The company’s name is Krishi Janani or KJ for short. Krishi means “farmer” and Janani “mother of a new beginning.” Their aim is indeed to provide a fresh new beginning for the small regional farmers.

And as if that isn’t enough in a country where farmer suicide is rocketing due to harsh circumstances, KJ has an even higher aim: to change the world for all of us. But more on that later.

Looking for the problem

KJ is a farmers buying collective. Surprisingly enough, the trigger that led to KJ being founded was when Usha was asked to set up a web-platform on organic farming for small farmers in all of India. This was a big task, she was technically capable of performing and there would be grant-based funding, but something about it felt wrong to her. She knew of too many successfully built but unused web platforms.

It raised questions: Was a platform exactly what the user needed? Or was it that someone who gave the grant had decided it was a good idea. Wasn’t there a big danger that they would end up building a beautiful website that the farmers didn’t care about and that all their efforts would have no real impact at all…

Farmers face grueling systemic problems in a scorched land where wells need to go hundreds of meters deep to get any water. Droughts force farmers to extreme measures and the small farmers pay the highest prices. It is land where the good soil is blown away as dust and farmers leave the countryside by the tens of thousands to become construction workers in the cities– if they don’t take their own lives in despair.

These are deep and horribly complex problems.. No matter how brilliant a website would be… could it provide enough value to farmers to make a difference? Was lack of knowledge of organic farming their problem? How do we know if organic farming is the solution for them? Would a website change their life?

You know when you create real value

This was where Usha’s business background and social sector experience came together. “If it were my project,” she said, “I would iterate and iterate until you have something so good that a poor farmer would voluntarily pay you for the service you provide. Then you know you are creating value for them.”

So she pivoted away from the web platform project, yet a seed had been planted in her mind. And that turned out to be a fertile place indeed.

Usha started investigating the issue – what we call sensing – visiting farmers, trying to start out from their reality. From there, a vision started to emerge about how farmers could change their plight in the long-term. But many of these farmers are not in a position to trade off short-term for long-term benefits. So Usha started prototyping with services for farmers that would save them money.

She discovered that small farmers are at the far end of the supply chain and usually at the mercy of more powerful players. Bags of seed are bought at the highest prices and often do not contain the stated quantity or are already expired. When selling produce, small farmers get terribly low prices for organic production. And the farmers are mostly powerless to do anything about it.

Usha prototyped ways of starting a buying collective. Just by buying in bulk a bag of feed could go from 730 rupees to 640. KJ was born. 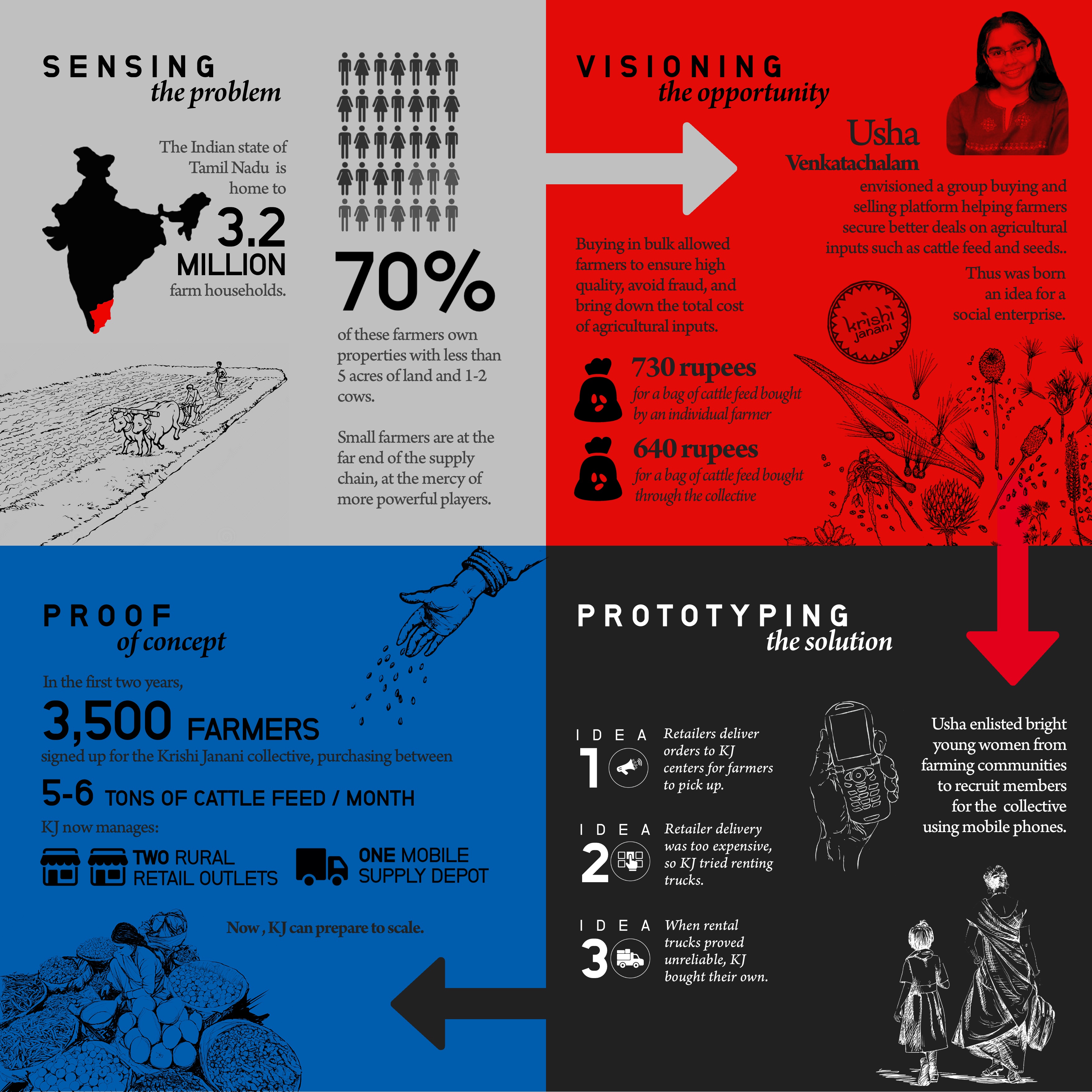 THNK’s Creation Flow is a structured process that catalyzes breakthrough creativity by combining deep exploration of a new topic (Sensing), with the generation of big ideas (Visioning), rapid testing and improvement of concepts (Prototyping), and successful introduction of innovations that spread rapidly, resulting in an outsized impact (Scaling).

Usha prototyped a method where bright young women from farming communities are on mobile phones giving the farmers the prices they can get with KJ if they become a member. Membership is free if they agree to provide data on how they farm. Premium membership comes at a fee and has even better rates, the bag of feed would then cost 640 rupees.

Usha decided to commit to KJ full time. She went all in and left Washington to live full-time in India. She went back to her roots in the most literal way, living on her parents’ farm in the heart of Tamil Nadu, a state with 3.2 million farm households. 70% of these are small farmers with less than 5 acres and 1-2 cows.

KJ gained trust through making a difference for the farmers straight away. At the same time, Usha is collecting data and iterating her model until it is ready to scale.

In the first two years, 3500 farmers signed up. KJ has now two rural retail outlets where supplies can be collected and a colorful truck that functions as a mobile supply depot.

The most important revolution of our time

And this is but the beginning. Now it’s time to change the world. The farmers of the world have our future in their hands. Not just through the food they produce, but through the soil that they till, they are our biggest hope for solving the carbon pollution crisis.

There is a revolution happening in agriculture with great potential to mitigate the climate change crisis through sequestering carbon into the soil. It involves changing the way we plant crops, deal with biowaste and above all how we treat our soil. It is called regenerative agriculture or carbon soil farming.

The big difference is a focus on maximising the richness of your soil rather than maximising your harvest of one crop in a year. With that come many benefits for both farmers and the rest of the world. When soil captures carbon, it becomes healthier and richer, produces better crops, needs less work, and doesn’t require artificially adding chemicals.

The technical aspect of finding the right regenerative agriculture approach for the different parts of South India is doable. It will require some time and some experimentation given that every climate and soil structure creates unique circumstances, but it can be done.

The real challenge is to convince farmers to give up conventional ways, to no longer till the soil, to grow multiple crops close together rather than just one crop in neat rows, to stop spraying away the weeds and allow for the ground to be – in their eyes – messy. That is the adaptive part of the problem, and telling them that it will help the greenhouse effect and climate problems won’t cut it. Most of them can’t afford to farm for tomorrow, they are farming to just survive now and having a hard time at that.

So KJ’s approach to create a relationship with thousands of farmers based on their interest is Step One in solving a problem that is of enormous interest to all of us.

The next step is to inspire them to start regenerative practices. With model plots on a number of farms, Usha has begun that process. Her father, very skeptical at first, gave her only a small portion of the farm to experiment with, but the results are such that even he, a farmer well into his 70s, is taking an interest in these “new” farming techniques that are actually millions of years old.

At THNK we believe that creative leadership is needed to solve the biggest problems of our time and that new types of businesses will lead the way forward. Social businesses that strive for an improved world and delight their customers so that they happily pay for the services provided.

Economics cannot be separated from social and environmental good. The world needs us to find great combinations that can scale and make a true difference.

We are way past the time when we could pretend business is separate from the social and environmental world and vice versa. Now we need examples of how organizations can work to solve big complex interconnected problems through approaching users with solid grounded and balanced solutions that didn’t exist yesterday. Let’s share those examples. There is so much more to learn.

To discover how the THNK Executive Leadership Program can help you further develop your potential into leadership ability, visit the program page. 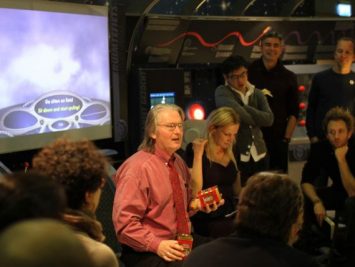 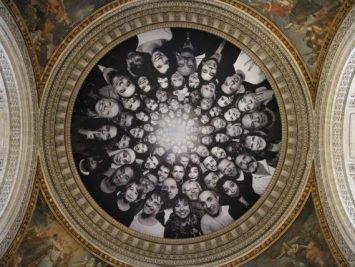 In this article, we link Peter R. Drucker's work on the future of the social sector with the potential of global governance through collaborative commons. 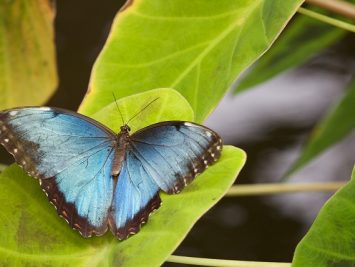