Getting from Creative Storytelling to Action 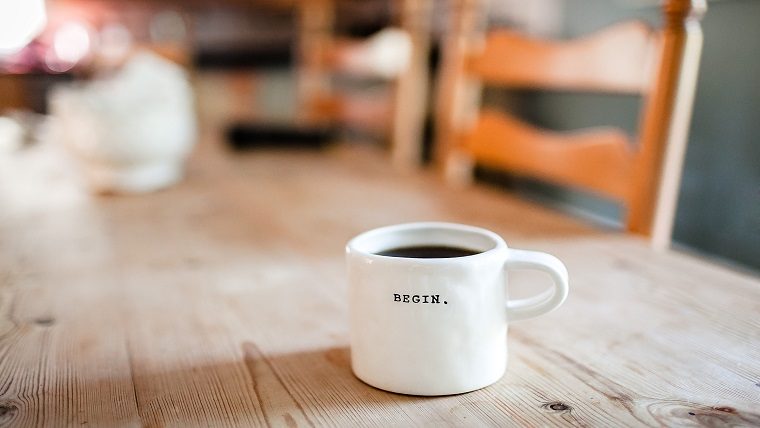 From Van Gogh’s paintings to Pharrell Williams’ song Happy to balloon art, all creative outlets aim to connect with hearts and minds, to jolt audiences into a memory, a hope, or a dream. Donné Torr, a DJ and content marketer, talks about her experience in a THNK Move People to Act workshop, looking at the process from storytelling to action.

In the seemingly divergent worlds of music and corporate marketing, creators on both sides seek to strike the right blend of the right story, time, and delivery. These days, we focus a lot on the medium—we’re enamored with the internet and all its implications. But regardless of the mechanics of Twitter versus Facebook, what can we do to sweeten our expression and resonate with more people?

The Importance & Purpose of Storytelling

“Creative storytelling is so important for creative leadership,” says DJ and content marketer Donné Torr. “It’s stories that build trust, share knowledge, and give meaning and purpose to actions. I knew this, but I didn’t see any sort of discipline out there for how to bring more of that creative spark to the corporate world.”

This led Torr to attend a recent THNK workshop called Move People To Act. As a leadership school and creative melting pot, THNK blends structure and community with the kind of people who dream up big solutions for big problems. It’s the right ingredients — people, ideas, space — to take on challenges.

“From the moment we started the workshop, it was very different from anything else I’ve experienced,” Torr says. “THNK is all about increasing our capacity for greater impact, so we began by looking at the greatest speeches ever delivered, and talking about the possibility of how that kind of expression would make a difference in our own goals.”   As Torr says, it’s not just a matter of sparking agreement, but movements: “How much more could we accomplish if we could only tell our own stories better? These days, we don’t often see this kind of what if positivity. It was pretty infectious.”

Passion is a state of mind that’s almost impossible to qualify, measure, or orchestrate. But on the other hand, conveying it in ways that inspire passion in others is a task that you can nail with some pretty clear tactics. As someone who was in the market for spreading passionate responses to good ideas, Torr describes the workshop as a crash course in a language for translation. 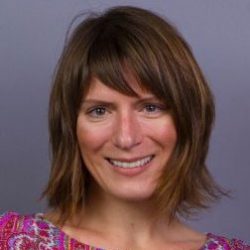 Sarah Dickinson
Co-Founder & Managing Director
THNK School of Creative Leadership, The Academy of Tomorrow
"The best creative leaders are the ones who figure out how to refine their storytelling. It’s how we help people to relate to what we’re trying to do. That’s how we build trust, illustrate our knowledge, and lend meaning and purpose to our efforts. It’s how we bring people inside."

A Story Is Born

Gatherings like the THNK workshop exist to flip the existing models, and encourage us to talk — and, more importantly, listen — in new ways.

“As we progressed through the workshop, we took a careful look at Barack Obama’s famous DNC Convention speech from 2004,” says Torr. “It’s only seven minutes of raw material, but we were tasked with dissecting it to uncover the three modes of storytelling that Obama was using. Once we had those modes isolated, we started to wonder: how could we apply them to our own goals?”

Torr is referring to the story modes of Self, Us, and Now: the three elements that compel audiences to act. As described by Dickinson, it’s a three-part narrative structure that first explores our personal choices, values, and vulnerabilities; then the mutual beliefs, frustrations, and hopes that we share with our audience; and finally, the now what of how our audience can participate.

“A good story is born when we have a space that’s dedicated to clarifying and exploring our deeper purpose of storytelling, and our capacity to get over our own cynicism to make positive change,” says Torr. “And it helps to have a structure to express all of that positivity to others.”

Donné Torr is a content marketer, fine arts educator, musician, and DJ producer. Born in South Africa but raised on the west coast of Canada, she is ruled by her family’s motto “Torr Altiora Spero” which translates to “I hope higher things”. She thrives on the creative genius of her peers.

Bring your venture to the next level by learning how to turn storytelling into action and joining THNK’s Executive Leadership Program. Visit the program page to find out if you qualify or email us at admissions@thnk.org.