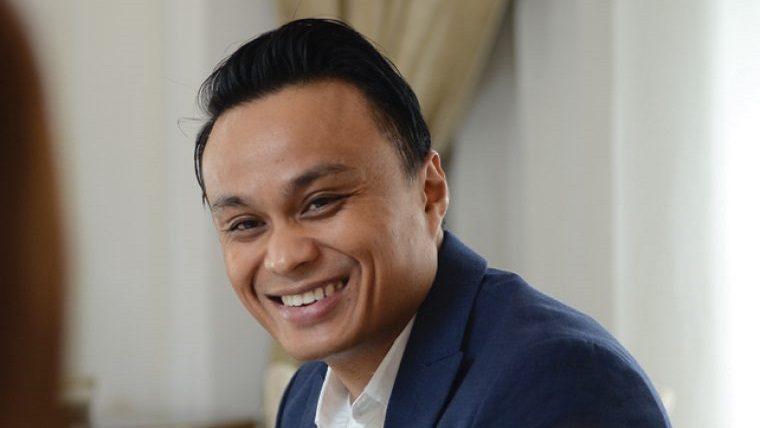 When Wempy Dyocta Koto created one of Indonesia’s most coveted prizes, he didn’t want to name it after himself. He’d launched dozens of start-ups, owned multi-million dollar companies, and not one bore his name. But survey after survey, and focus group after focus group, Indonesian citizens revealed that his name had become as deeply associated with success, leadership and integrity as Steve Jobs’ is with technology or Mother Theresa’s is with compassion. He was one of Indonesia’s most recognized brands, one of the world’s 200 leading social CEOs in a list led by Oprah Winfrey, Bill Gates, Richard Branson, and Tim Cook. There was no other name for it.

But Wempy had ambitions beyond being a “googleable name,” and they were born and crystallized - like the idea of the prize itself - at THNK Amsterdam during his participation in the Creative Leadership Program.

In the wrong room

“I thought I was done with learning. I’d built a fortune; I’d helped many others build fortunes. There were no more letters I wanted to add to my name, no more decorations I sought. I’d gotten my Masters at 20 to please my mom and dad. I was uninspired by the cookie-cutter approach of business education and had no interest in further education from a Stanford or a Harvard Business School. Without being obnoxious or arrogant, I kept hearing that brilliant advice: “If you’re the smartest person in the room, you’re in the wrong room.” I was perpetually in the wrong room. I work in venture capital and investments. I speak of disruption all the time. Yet the last person I was disrupting was myself. One of my fundamental beliefs is that the world’s greatest entrepreneurs are the world’s greatest learners. Yet my learning was stagnant. I was simply too deep in my comfort zone.”

The first email he got from THNK went straight into the recycle bin. The second, the same. Then the third. But he opened the fourth. He clicked a link and had a look at the profiles of THNK’s attendees.

Shaped by the people we spend time with

“I saw people who held the world to higher expectations. Who held themselves to higher expectations. Inspiring rebels. People with real missions. Not a single orthodox career, nothing orthodox in what they were seeking to achieve. I’ve rarely been inspired by people in my industry, but I am inspired by people in the industry of peace. I was coming around to the idea that we are shaped by the people we spend time with, and that real life interactions were going to be the thing to humanize me. It was learning about their backgrounds, reading about their hopes and aspirations that made me feel this was a community I wanted to belong to: Not marks-driven, not grade-driven, but HEART-driven…”

“I went through quite a tough time during the period that I was going back and forth to Amsterdam. It was a time of war between Israel and the Palestinians. I found myself locked in my room in Jakarta crying a lot, not understanding what was happening in the world. I’m one of the most fortunate people in the world. You go on my Facebook page you’ll see I have friends from all sides of political conflict. I am Muslim but went to a mostly Jewish school. In high school, most of my friends were Christian. Being Muslim I feel connected to the world of Islam. Seeing what was happening to Palestinian kids, I was not able to contextualize what was happening in the world. Class 5 at THNK was a reflection of my universe: Christians, Jews, Muslims. In honour of diplomacy, we didn’t talk about the war. We shut everything off, which was hard. It was front page, front of people’s attention, but nobody talked about it, out of fear of religious or cultural collisions. But then we got in a circle, just our class, without teachers or facilitators, and we talked about it. We had a Palestinian member in our class and an Israeli. There was no grandstanding, no attempt to win any political points or ego points. We talked about non-violent communication. We talked how to manage peace, how to push it closer.”

“30 people with different ideas, experience, and baggage. The single thread that linked us all up was the desire for peace. To be reminded that while there are people building and dropping bombs in the world, there are many more people building lives and homes and hopes for the future. This is what that group reinforced to me. We could come together at one of the world’s darkest hours and express what we thought without judgement. I expressed what I needed to express, and did not judge what others expressed. And that was one of the most beautiful moments I experienced at THNK.”

Every student is asked to sketch a project that they will create or accelerate with the help of their classmates. It was there that Wempy hit on the idea of giving back to his country by awarding a mentorship prize. 12 Indonesian achievers a year to be awarded 12 months of mentorship from 12 Indonesian entrepreneurs and 12 global creative leaders. He drew a number of the global mentors right from the pool around him, his THNK classmates: Princess Reema Bint Bandar Al Saud, founder of women’s economic empowerment group Alf Khair, social inclusion entrepreneur Reem Khouri, Dr Easkey Britton, the award-winning surfer and scientist, and Osher Gunsberg, host of “The Bachelor” and formerly “Australian Idol.”

“I’m determined to raise up Indonesia. It’s a country of 17,000 islands – we don’t live in major cities like London or Amsterdam. A lot of Indonesian kids live in shacks, with mosquitos and no air conditioners. Some have nothing to eat, some drink water with sugar to survive. But we have kids now who are living in those conditions feeling hopeful for their future and applying for this award and really, really wanting it. Kids sending me 1,000 word essays. With wonderful missions that deserve to be heard. When I was 19, I was more interested in surfing. Some of these kids are half my age and twice my intelligence, all they need are the right mentors and the right people to believe in them.”

Wempy calls his prize an idea that was 100% attributable to THNK.

“Our greatest intellectual gift is our imagination. THNK made me imagine more. It’s about the leap to something greater than ourselves. It’s about chasing inspiration – not inspiration that passes like an unseen comet in broad daylight, but inspiration that can be the building blocks of a legacy. THNK was less about mission refinement or that process of discovery for me – it was a collision with the true north of my life. A fresh look at the world.”

Who would Wempy recommend apply to THNK?

“The perfect candidate is someone at the pinnacle of their career. Someone who has achieved what they set out to achieve, decorated themselves with whatever decorations they sought, but feels like they’re in that film “Groundhog Day.” Someone looking to find their inner compass and follow it toward something greater than a googleable name.”

Wempy is one of the many inspiring leaders who took part in the THNK Executive Leadership Program.

To find your inner compass with the Executive Leadership Program, visit the program page. 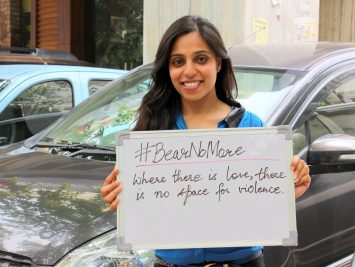 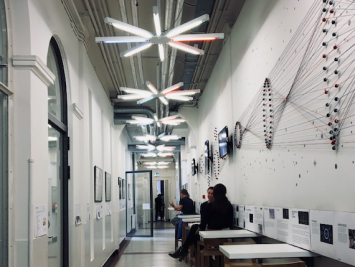 5 creative lessons I learned at THNK 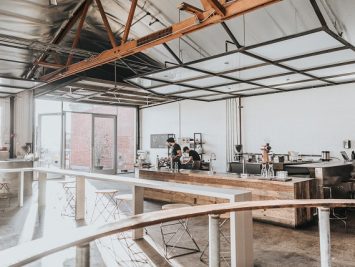 Charles Ojei and his vision to scale African businesses