‘OuiSi’: The mindful art of seeing together 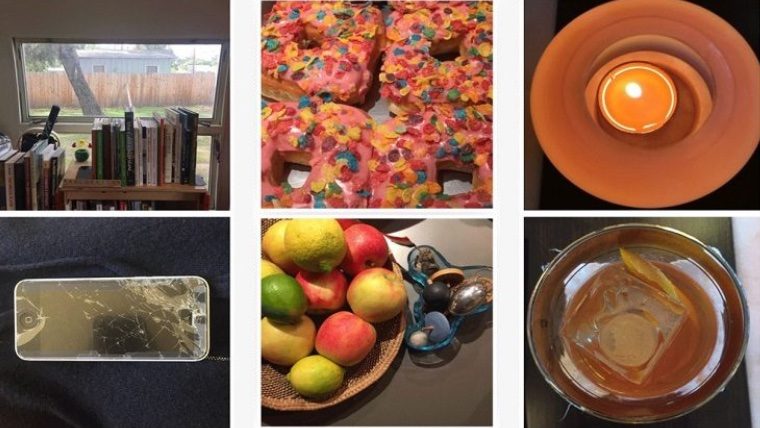 Creativity is just connecting things. When you ask creative people how they did something, they feel a little guilty because they didn't really do it, they just saw something. – Steve Jobs

OuiSi – pronounced “we-see” – is a mobile app that allows people to communicate through photos. Players (versus gamers) add photos to a series of images called a photologue, where each image is connected to the one before somehow. Those connections can be based on color, texture, shape, content – anything that can be creatively justified. But, as with any communication, people often see things differently, and this is both the challenge and the pay-off!

We spoke to co-founders and THNKers Kaz Brecher and Paul Brillinger to find out more.

So, what do you hope OuiSi will do for people who use it?

Paul: First, I want OuiSi to encourage people to “notice” more of the world around them; a world which is fully alive, from the details of a blueberry to the lovely pattern of tiles in a subway station. This nudge comes from the creative matching done in what we call a photologue. Second, I want people to co-create! Social networks make for numerous connections, but often those connections are voyeuristic rather than enabling us to know people in richer ways. Creating together reveals a part of a friend or family member that you may not know existed, allowing for new intimacy.

Kaz: I’ve been frustrated across platforms with the focus on broadcasting images in exchange for likes and hearts. Don’t get me wrong, I love food porn photos as much as anyone, but as a passionate amateur photographer, I’ve always used my camera to help me really SEE a place through the little things. I wrote about the appeal of this just before THNK expanded to Vancouver, in response to having to give my phone up during one of the program experiences. And those sentiments aligned with the idea of OuiSi – being able to really share my travels while connecting with loved ones far and near in a conversation, through images, is not something I’ve experienced anywhere else.

Kaz: OuiSi uses the image-driven experience as the primary mechanism for communicating and connecting; a “language” of sorts. This really opens up for new ways to create bridges with people from other cultures or geographies or contexts. When we were doing early paper prototypes, one THNKer told us that he was using a chat app, sending his partner a photo of, say, elephants grazing in the wild, to which his girlfriend would respond with a photo of people shopping at the market, the equivalent from her life in the city. The issue with texts is that written language always changes the purity and power of images. And I think there’s something really beautiful about communicating without words in today’s barrage of information.

Paul: Broadly, we recognize constraint as the spark of creativity. In other words, simplicity and stripping down functionality can guide users towards a more humanistic, creative and expansive experience with their technology. Arguably, we’ve taken generic messenger and photo-app experiences, added constraints in some places and made very intentional choices in others about what’s allowed. For example, we don’t have Likes or ratings, because we want people to use more nuanced expression if they do want to comment on a photo pairing – we’ve seen testers go back and forth about why a pair works or doesn’t, based on different ways to interpret an image. And we also require players to use the camera in real time, so that they are more attuned to what’s around them while noticing the world and not just focused on making a match.

How did your collaboration on OuiSi come about?

Paul: When I entered THNK, I had planned on refining my approach to building an ethically-minded and community-oriented clothing company. Yet, when Kaz visited NYC over a cold-stretch in February of 2015, she happened to bring by a delightful book called This Equals That after a visit to the Aperture Gallery. Inside was a wonderful “thread” of photos that were connected in some kind of creative way. It inspired me to explore artists who also created these kinds of co-creations and prompted me to explore my own world through creative photo pairs. However, I could not find a platform that allowed me to co-create a photologue with others. Long story short-ish, I was so inspired that I let go of the clothing business idea to explore this new opportunity. The THNK modules heightened my own exploratory nature, but Kaz, very curious by nature and upbringing, became a natural foil as I started to work on the app.

Kaz: It’s true, I often can’t help myself from helping someone when they have a project that aligns with my passions. At first, I was disciplined about sharing the rigor of the THNK innovation toolkit with Paul to refine the concept, but I couldn’t resist jumping in to help get it to a prototyping session in time for FSTVL a year and a bit ago. Since I have a background in technology and a large network from my days in the digital agency space, we found someone to help us with more sophisticated and simplified UX and design, and we brought our paper prototypes to THNK in Amsterdam. We continued to dig into user needs and feature assessment, and we had a more refined prototype to test at GTHR sometime later in Vancouver.

The more you talk about it, the less it seems like a game. Personally, I’m not a big fan of gaming apps. Who do you think will play?

Paul: We actually struggled with this. Is OuiSi a game, or is it giving people a chance to play? The difference between the two really comes down to constraints, incentives, and relationships. Games have clear winners and rules; playing, less so. Think of “playing” in the sand or “playing” make-believe. Kids, generally, are more open to playing while adults occasionally “play games.” But sometimes we play without knowing it. Think of a delightful conversation amongst friends when all of a sudden someone drops a groan-worthy pun. Ten minutes later, another tries to outdo the prior pun with one of their own. They aren’t keeping score, yet there is a game-like quality here, and everyone wins by playing. Ultimately, we decided that we wanted to broaden out what it means to play a game. OuiSi is a game for people who say “I don’t play games on my phone.”

Kaz: Indeed, OuiSi is really intended for the people who play casual games. But we have people tell us all the time that it reminds them of Words with Friends or Draw Something, or any kind of collaborative or puzzle-based game. I also believe there’s a more subtle effort in what we’re doing, which is reframing a “game” as something more than zero-sum. Our culture has increasingly focused on winners and losers, and Paul’s cohort at THNK was exploring new futures in Capitalism, which included sharing and collaborative economies. The idea of a photologue that unfolds is as much about discovering a co-created beauty as it is about playing, a benefit to all contributors. Like the one-word-at-a-time stories in THNK’s “Eye Openers”, the fun is in what emerges between the contributions and the surprise element. This is win-win for anyone engaging. And I think our digital culture could use more apps and “games” that cultivate empathy and curiosity and noticing the real world over domination in an online space.

You keep using the word “notice.” Why is that?

Paul: Mindfulness plays a major part in OuiSi. A big difference between our app and other social photo apps is that our aim isn’t to distract the user from the world around them but to prompt players to engage with it more. Instead of endlessly scrolling through a feed on your phone, OuiSi asks you to look around you with an open mind and sharp eyes. Imagine someone has posted a photo of a bunch of balloons being walked to a party. Perhaps a smart match might be a heap of filled out garbage bags sitting on the curb outside an apartment building. Seeing this match requires an open mind and an overwrite of your brain that wants to say “ick…garbage…nothing to see there.” Playing OuiSi well means noticing the world well.

Kaz: To encourage this, we made some tough choices in our design. The most obvious is that photos can only be taken from the built-in camera in real time, which means you can’t go back to something you saw days ago or add an image from the internet. This underscores the idea that there is no such thing as a perfect match in OuiSi; that the “best” connection is the one you notice and that moves you and others. I struggle with traditional meditation, but I find I’m developing presence through using OuiSi. I get as much from games with other people as I do from solo photologues which keep me challenging myself to see the world in new ways.

How can we support the launch of OuiSi, and what do you need to really help this succeed?

We would love people to download the app – and send us your comments, questions, nitpicks, frustrations, and feature requests! For now, it’s only available for iOS, but we have myriad ideas for variations in addition to extending the app to more mobile platforms. From the ability to play with a stranger in another country across language barriers to versions for kids that can be used in educational settings to develop empathy, we’d love to hear your ideas as we continue to iterate and refine. Additionally, if you have contacts in media who might be interested in writing about the app, we’d be grateful for introductions or your help spreading the word!

Kaz and Paul are inspiring leaders that took part in the THNK Executive Leadership Program.

To heighten your own exploratory nature and unlock your creative leadership potential, join the THNK Executive Leadership Program. 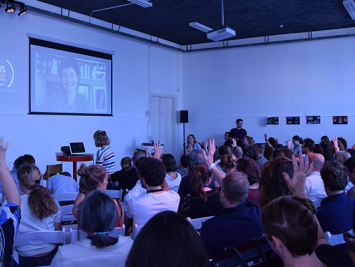 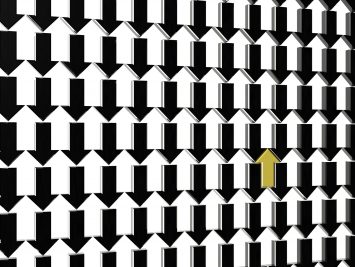 Show me the money: five ways to finance social enterprise 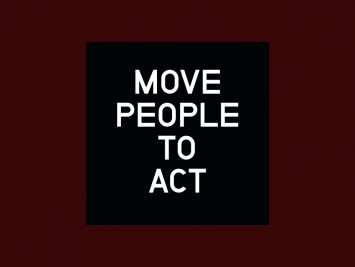 A journey into storytelling: THNK at Vancouver Design Week