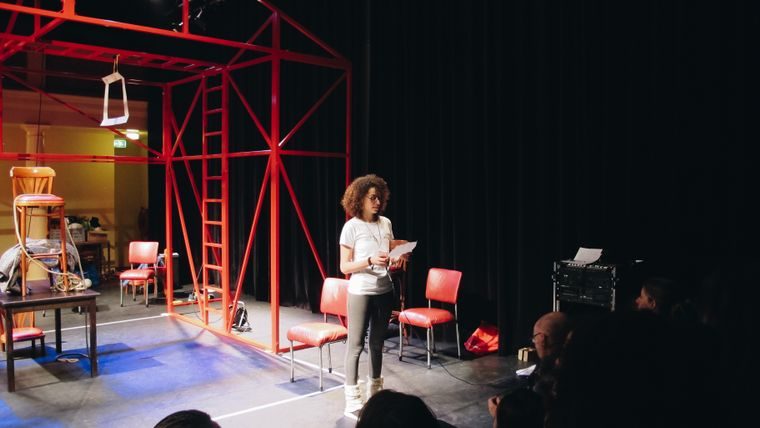 Over the past decade, the public has increasingly started calling for the humanization of our current systems, both in the market and in politics: the return of human proportions in the way we think and act, and the creation of a mutual feeling of empathy between society and its institutions, is desired by many. Real social innovation is needed to accomplish this.

At THNK, we are convinced that the arts, as well as applied creativity, play an important role in invigorating the related debate with surprising insights, by visualizing or expressing new ideas, confronting prevailing conventions, followed by the creation of new products and services that suit emerging value systems. In the end, creativity is about providing meaning and, preferably, facilitating the emergence of shared meaning. The performing arts have an important role in this process. That’s why we think Ben Cameron’s argument matters.

Ben Cameron typifies himself as a "cultural omnivore" that consumes veracious amounts of music, books and video on and through the web. The central passion in his life, paradoxically, concerns the live, professional performing arts—an industry that appears to be in danger precisely because of the cultural omnivore mentality that he represents himself. The performing arts sector is now in danger and possibly being dismantled by technology, which has become its biggest competitor for leisure time. But, Cameron pleads, we need the arts:

"The arts—whatever they do, whenever they call us together—invite us to look at our fellow human beings with generosity and curiosity. God knows if we have ever needed that capacity in human history, we need it now."

He argues that a true reformation is on its way, and we can all play a part in it. Ultimately, we now live in a world that is no longer defined by consumption but by participation. We are all part of a "seismic fundamental realignment of culture and communication that is shaking and decimating traditional industries". Because the means of artistic production and distribution have been democratized for the first time in all of human history, we are now witnessing a massive redefinition of the cultural market. The entire audience is changing: numbers are plummeting, yet the numbers of performing amateur artists are exploding beyond imagination. They are now challenging and undermining the autonomy of our traditional institutions.

To discover the beauty and effectiveness of the performing arts when it comes to igniting the creative leader in you, join the THNK Creative Leadership Program. Visit the program page to find out if you qualify or contact us at admissions@thnk.org.