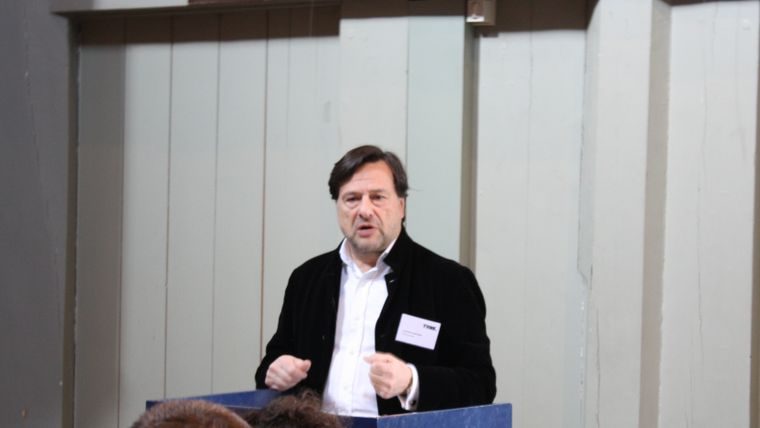 Stefano Marzano, former Chief Design Officer of Royal Philips Electronics, is the Founding Dean of THNK School of Creative Leadership. Stefano Marzano headed Philips Design since 1991, and has recently stepped down from that position. Marzano has been very enthusiastic about THNK right from the start, and has inspired the direction and development of the curriculum, because of his keen interest in design education.

Stefano Marzano is widely recognized as being at the forefront of the design profession. In 2005, Business Week named him one of the four global ‘Best Leaders for Innovation’, and in 2001 he was awarded the World Technology Award for Design by the World Technology Network. 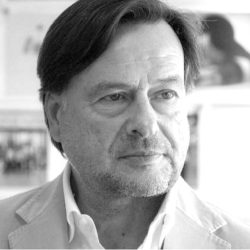 Stefano Marzano
Founding Dean
THNK School of Creative Leadership
"I have always been passionate about education, leadership development and trying to make this world a better place. This all comes together in THNK. It is wonderful for me to be involved with something that is so close to my heart."

“Stefano plays a vital role to inspire and give direction to the faculty and the program content at THNK”, says Bas Verhart, co-founder of THNK. “He has been involved with THNK at the very early We are very happy that he has accepted this honorary position and is willing to offer us his experience to further develop our school and our curriculum.”

In addition to his Philips activities, Stefano has always been involved in design education and governmental policy. For many years (until 1998), he was Professor at the Domus Academy in Milan (Italy) and a member of the Academy’s Strategic Board, and in 1999-2001 he was Visiting Professor in the Faculty of Design of the Milan Polytechnic Institute. He was also instrumental in helping to set up the Faculty of Industrial Design at the Technical University in Eindhoven (The Netherlands) in 2001, where he currently chairs the Supervisory Board. He has received honorary Doctorates in Design, Honoris Causa, from University ‘La Sapienza’, (Rome, Italy) and the Polytechnic University of Hong Kong. He is a regular juror for international design competitions.

Stefano Marzano worked at Philips from 1973 to 2011, directing the design activities of the Major Domestic Appliances division in Italy, later moving in 1978 to the Netherlands, where he directed design activities for the Data Systems and Telecommunications Division and at eventually became Chief Design Officer of Philips. Stefano Marzano was born in Varese, Italy, in 1950, and graduated from the Milan Polytechnic Institute with a doctorate in Architecture.

Join the upcoming THNK Creative Leadership Program to make the world a better place. Visit the program page to find out if you qualify or download the program brochure.