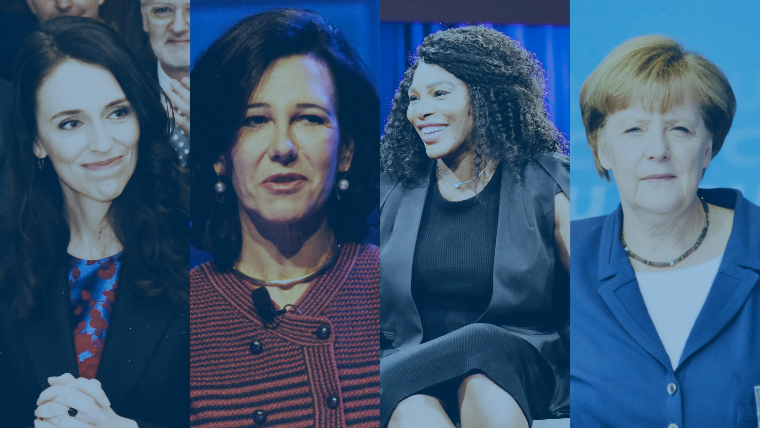 A few months ago, Forbes published The World's 100 Most Powerful Women 2018 ranking. It includes women across industries, backgrounds, and geographies – from philanthropist Melinda Gates to Serena Williams to Jacinda Ardern. In analyzing the list, we've determined what these admirable women have in common to recognize what makes a woman powerful in today's world.

Keep reading to discover how some of the most influential women today are challenging power structures and uniquely creating long-lasting impact. Discover how to be a powerful woman in your own life:

1. Be boldly independent amid uncertainty

Throughout history, women who have changed the world have done so with conviction and without indecision. The most powerful women in the world stand by their decisions with confidence, even when challenges present themselves. Take Angela Merkel (#1) and Ana Patricia Botín (#8) as prime examples from this year’s Forbes list.

We’ve all seen that photo of Angela Merkel and other world leaders standing over a seated Donald Trump at the G7 summit in 2018, seemingly putting him in his place. Lately, she has been showing more determination than ever. In her New Year’s Eve address in 2018, she said global challenges like climate change, migration, and terrorism are best addressed “when we take the interests of others into account.” She continues:

“That is the lesson of two world wars last century. Today, that conviction is no longer shared by all. Certainties of international cooperation are coming under pressure. In such a situation, we have to advocate, argue, and fight for our convictions more strongly.”

In a time of complexity and uncertainty, Angela Merkel is not holding back.

Neither is Ana Patricia Botín, Chair and Executive Director of Banco Santander, who found herself stepping into her father’s role as leader of the bank after his sudden death in 2014. Faced with uncertainty and the aftermath of the biggest financial crisis in almost a century, Botín still managed to forge her own path.

Botín demonstrated confidence in shifting the bank’s focus to supporting businesses, embracing technology, and shaking up the board to bring in fresh talent. Often called “the most powerful woman in finance,” Botín has no problem embracing innovation and facing challenges head-on.

Women are powerful – and this power multiplies when they support each other, especially through the challenges of navigating male-dominated industries. While numerous studies show that more women in leadership is linked to better financial performance and sustained profitable growth, there is still a shortage of women business leaders. Unfortunately, it is sometimes women themselves who impede other women’s progress.

In 1973, psychologists at the University of Michigan defined the now-popular theory known as “queen bee syndrome,” which explains that a woman in a position of authority in a male-dominated environment treats subordinates more critically if they are female. A famous example is Margaret Thatcher, the UK’s first female Prime Minister, who was described as a queen bee for not promoting or furthering women’s careers in her cabinet. Thankfully, this is starting to change.

The Bill & Melinda Gates Foundation, co-chaired by Melinda Gates (#6), announced a plan to spend $170 million on women’s economic empowerment over the next four years. Gates says, “Simply put, when money flows into the hands of women who have the authority to use it, everything changes.” Gates’ investment company Pivotal Ventures is also aimed at closing the funding gap for female founders, helping to “dismantle barriers to equality for women and people of color in the United States.”

IBM’s CEO Ginni Rometty (#10) is another woman on Forbes’ list who is working to support other women. Under her leadership, IBM has strengthened its commitment to diversity and inclusion by implementing a “returnships” program, making it easier for women to return to the workforce. In 2015, the company also announced a breast milk delivery program, allowing working mothers to easily ship breast milk back home to their babies while traveling on business.

3. Empathy and vulnerability are powerful

The world needs an empathy revolution – and women are going to make it happen. Forbes’ most powerful women in the world are champions of embracing empathy and vulnerability as strengths rather than weaknesses. Emotional intelligence is a proven driving factor for professional success.

A multitude of studies has shown that women have higher levels of emotional intelligence and self-awareness than men. Those who score highest in emotional and social intelligence are also the most effective leaders across organizations.

One powerful woman who is championing empathy and vulnerability is Jacinda Ardern (#29), the Prime Minister of New Zealand, who, in her first comments as prime minister, vowed to form a “focused, empathetic, and strong” government. Ardern has displayed an incredible capacity for compassion and humility by making New Zealand the first country to include wellbeing as a measure of economic success.

Another beacon of strength for women is Serena Williams (#79), who has repeatedly spoken out against the double standards in tennis. Williams dedicated her performance at the eighth Wimbledon championship to working mothers. She says, “If I can do it, they can do it. I’m just…that vessel that’s saying ‘you can be whatever you want to be if you want to go back to work.'” She amplified her stance in a recent Nike ad that exposes the double standards women face at work.

***
Strong, powerful women are not limited to this Forbes list. There are inspiring female leaders worldwide who are advancing women’s rights and innovating within their respective fields. In addition, gender does not determine leadership potential. Men are just as capable of building and displaying the skills listed above in a gender-balanced society. At THNK, we believe the key is to build inclusive cultures that enable everyone to leverage their unique strengths despite gender norms and thrive.

To put these inspiring lessons into practice, join the THNK Executive Leadership Program. 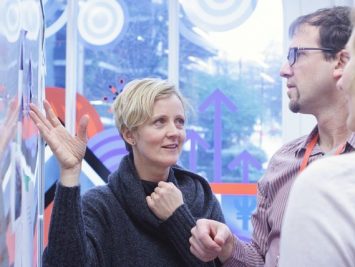 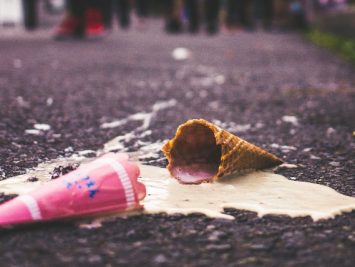 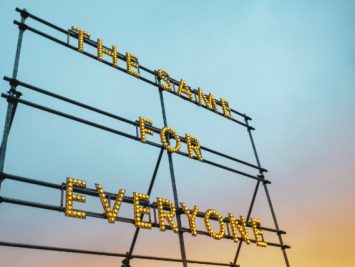