What is information overload and how can leaders deal with it? 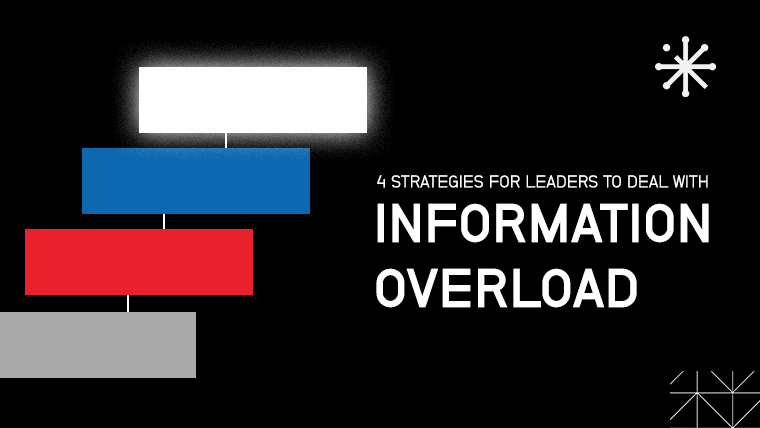 Not unlike computers, leaders are facing greater amounts of information and complexity than ever before. In 2007, an average American took in four times more information as they did in 1986 – the equivalent of 174 newspapers on a daily basis. But it’s not just the amount of information that’s overwhelming. It’s the amount of real-life and virtual connections with people, cultures, and organizations we interface with, the number of skills we need to master, and the amount of organizational machinery that we use.

Information overload and how it causes problems

All of these and many other factors make our world not just difficult but complex. This complexity is exactly what most leaders struggle with and what creates anxiety. They struggle to cope with the lack of answers and the amount of seemingly unsolvable polarities. Most leaders grasp for help by looking for more. They “download” more data like information, articles, expertise, and knowledge. They “install more apps” by learning new skills like finance, coding, or giving feedback.

Our brain on complexity and information overload: Analogies from computer science

The problem is that the answer to more is not more; it’s different. It’s not about what we know and filling the cup, it’s about how we know and growing the cup. This is what we call “upgrading your operating system.” Research by Robert Anderson has shown that – like children – adults can continue to grow and develop and that this development in both children and adults happens in distinct, predictable phases. Each new stage comes with an increased ability to deal with complexity and to see and integrate more perspectives. Research on leaders of large organizations by Keith Eigel shows a clear correlation between their effectiveness and their level of development or “operating system.” Leaders with higher levels of development seem to be more successful in leading organizational transformations.

Abraham Lincoln once said, “You have to do your own growing no matter how tall your grandfather was.” While kids grow naturally, adults have to put in the work to further develop. Unfortunately, research by Robert Anderson suggests that only 25% of all adults have done the hard work to grow one stage, while less than 5% have reached the highest stages. It’s no wonder most adults are in over their heads; they are trying to run Windows apps on an MS-DOS operating system.

So, what is that hard work? What can you do to grow and continue your development? While there is no recipe, silver bullet, or one-size-fits-all approach, there are four concrete approaches and examples that might help you:

Part of upgrading your operating system is about integrating more perspectives. It’s about starting to see the grey between the black and white, then about seeing the different shades of grey. Ultimately, it’s about understanding that black only exists because white exists. This requires new perspectives, perspectives that clash and challenge your own.

As a leader, it’s your job to find and embrace these challenges and provide others with them.

Upgrading your leadership is in many ways about making sense of the world around you in new ways. Reflecting on experiences, successes, and failures can help to do so.

As a leader, it’s up to you to constantly evaluate the frameworks and shortcuts you use to make sense of the world, like your beliefs, your principles, and your values.

Force yourself to take “balcony moments” to look at the situation you find yourself in. Create time for journaling and reflection on learnings from new situations.

The DMN, or the default mode network, is a set of higher-order structures in our brain associated with introspection and mind-wandering. The DMN – also called the narrative network – is active when we’re thinking about others, ourselves, the past, and the future. Part of upgrading our leadership is about seeing more connections between seemingly separate things and quieting the DMN can help to see these connections.

Upgrading your operating system can be accelerated through meditative practice like mindfulness, meditation, breathwork, or religious practices. Other ways to tell your DMN to calm down is through aerobic exercise like running, swimming, biking or through body exercises like yoga, tai chi or qi gong preferably out in nature.

One of the most spectacular machines on the planet is our mind. Yet, we’re not given a manual of how to operate it. Our education systems deliver us into the world assuming that we’ll always have the minds we have and the only way to upgrade is to just add new content. But there are alternatives and we’ve sketched several techniques here. None of them are easy and all take practice, dedication, and time, but they are rewarding and they do pay off.

What will be your next action to start your upgrade?

Upgrade your leadership in the THNK THRIVE: Lead With the World in Mind program. 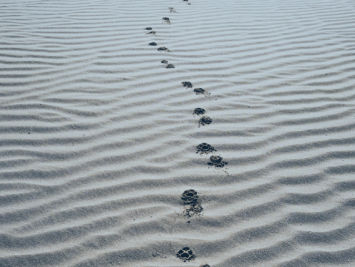 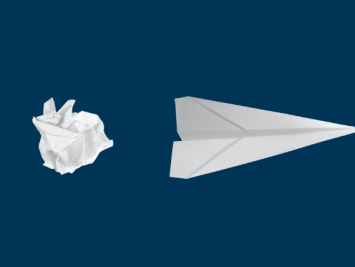 Innovation and inner polarities: Why innovation is the ultimate place for growth The essential skill an MBA won't teach you