Who owns the Moon? Forum with Michael Laine During each module at THNK, participants have a chance to engage with experts, disruptors, and leaders around topics of relevance in unique interactive sessions called Forums. Following is a blog by current participant Natalia Truchi (class #3) about a recent Forum session with special guest, Michael Laine.

You need to see this Forum session on video to get your own ideas about building a Space Elevator, a 100 year project, that seems to be "coming soon”. And  no, it’s not Sci-Fi ;-)

One of Michael's Mantras is to Broaden your Horizon. And if you keep reading this… you need to start saying it NOW.

Mainly if you have a project to build a Space Elevator, you swap a Space Rocket for Space Ribbons. Come again? In order to create a Space Elevator to the Moon, you need many items, among them an explorative mindset to resist the urge of taking short cuts.

If all goes well, Laine believes construction of the lunar elevator could begin by 2020. The LiftPort lunar elevator would be deployed from lunar orbit with a spacecraft lowering a lander on the ribbon. On contact with the surface, the lander will anchor itself. After that, landing on the Moon will be as simple as docking with the craft in lunar orbit, transferring to the climber car and reading a book on the way down.

Role of Human Species to look beyond Earth.

Michael was describing how this whole process started with his team, after funds were out and long hours of discussion at a bar. His words resonate for what many entrepreneurs or people trying to come up with options live by, “Forget being mad!! What can we do with the current technologies that COULD work?”.

From Ice age to Silicon Age, the way we connect with the world  and why technologies affect our own interpretation of possibilities. The starting or foundational ‘technology” as FIRE, later on Communications and Bio science. The “now technology” on computer and robotics. Thinking how they change the curse of Humanity. 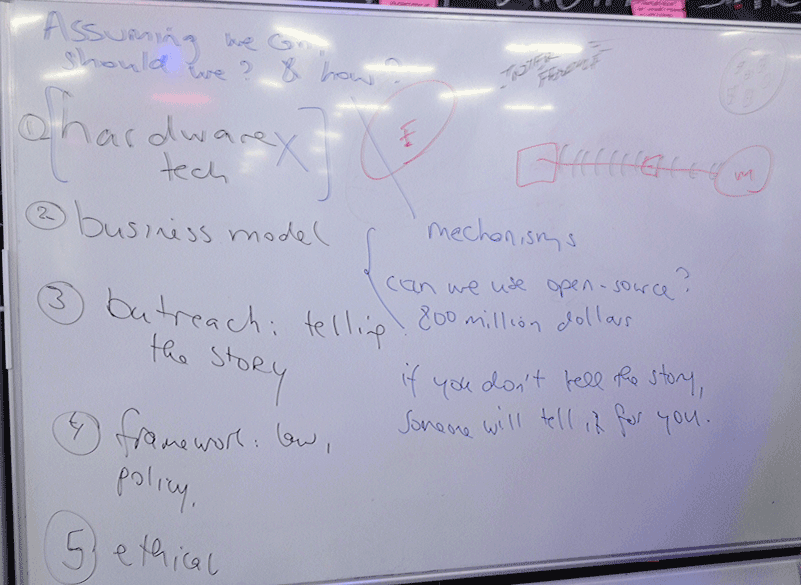 Michael described four pillars of infrastructure that organize the world as we know it:

Basically, how do changes in technology affect and reflect (later) on many other riddles in our social nets.

The was one question from participants that created a waterfall of opinions in the room. “Who owns the Moon?" by Menno and that’s when hell broke loose. (in a good way ;-)) 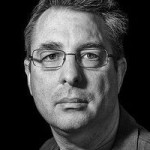 Michael J. Laine founded LiftPort in April, 2003. The company is focused on the construction of a space  elevatorusing carbon nanotubes. In October 2011, Laine announced on the LiftPort website that LiftPort was pursuing a lunar space elevator as an interim goal before attempting a terrestrial elevator. In August 2012, LiftPort announced the launch of KickStarter funding for their Lunar space elevator.

From Beijing to Nairobi to the decks of the Rainbow Warrior, Natalia Truchi has for 15 years been working to create a different world and is still at it. She studied Mass Media and Communications at UBA, Universidad de Buenos Aires, was a journalist for many years and then crossed the bridge of news to work with NGOs on food security, women’s rights and environment.