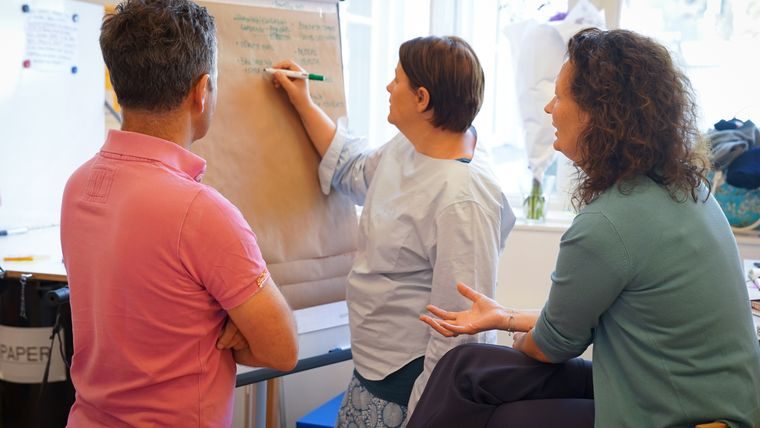 On a cold Tuesday in January 1944, the 872-day siege of Leningrad by Nazi Germany had finally come to an end. It was one of the longest and most destructive sieges in history.

The city had suffered from extreme starvation. Among the casualties were nine employees from the Pavlovsk agricultural station who succumbed to malnutrition only meters away from the largest food supply in the city – which they had been guarding.

The Pavlovsk station was part of the Vavilov Institute: a historic network of Russian field stations and seed banks that was established to preserve genetic material of a wide variety of plants and crops. The ‘Nine from Vavilov’ traded their lives to preserve the future for many generations in an act of heroism that will not soon be forgotten by the Russian people.

There are many reasons to be optimistic about the state of the world; in many ways we are in better shape than we think. But for all our accomplishments, we need to do more. We must curb climate change. We cannot accept that 2.3 billion people still lack basic sanitation or that more than 800 million people live on less than $1.25 a day.

In other words, the UN Sustainable Development Goals (SDGs) are real and must be addressed.

More than ever, we all have to play a role. No one person can do this alone. Our world is too complex for single solutions, too vast for individual action. In a world where 69 of the planet’s top 100 economies are made up of corporations, businesses must play a part in finding solutions.

So why do so few businesses change their ways?

The other day, I found myself in a conference listening to employees and CEOs from large Dutch institutions as they explained how they were contributing solutions to the SDGs.

In the ensuing discussion, attendees stated that one presenter – a CEO from a family-owned enterprise – was lucky; the long-term vision of the founder and the strong financial performance of the enterprise were surely the reason he could invest in making a positive contribution to society. Many felt that the struggle for financial performance and shareholder returns would not allow them such altruistic endeavors. And so, they went on their way, continuing business as usual.

Here’s what businesses need to do to play a part in finding solutions to the SDGs:

Stop believing the grass is greener

It often seems like others are in more luxurious positions than we are.

“If only I was like Tesla’s Elon Musk and had the capital to be independent, or like Unilever’s Paul Polman who has executive powers and a board that supports a sustainable agenda.”

But are others really better off? Elon musk has serious pushback from financial markets and even sleeps at the Tesla factory to push for his vision. Unilever CEO Paul Polman fights and compromises to keep Unilever on track to deliver benefits to all stakeholders.

It’s not just executives who blame the situation as an excuse for inaction. Recently, a middle manager complained to me that if only the company strategy and CEO were on board, she could push her sustainability agenda. Her colleague chipped in that if only his bonus structure would be different, he could focus on goals beyond financial results. All the while, their organization makes a healthy 30% profit margin and the board complains that they are embracing the SDG’s, but middle management is inflexible.

Does this sound familiar? Do you strive to make a difference… if only your manager cared? If only your company would listen to your ideas? You might suffer from the Grass is Greener complex – and it could be standing in the way of making a positive impact.

Stop waiting for the business case to reveal itself

In his much-discussed letter, BlackRock CEO Larry Fink wrote, ‘‘It’s a mistake to think there’s any trade-off between financial returns and social goals.”

While true, Fink’s statement disregards the practical challenges facing executives and their employees. The business case for doing good is littered with hard-to-prove assumptions and only becomes clear with a long-term view. Meanwhile, CEO terms, yearly performance pay, reporting cycles, and the short-termism of investors lure everyone into the trap of clear and short-term wins.

Of course, your shareholders won’t jump on the opportunity to give up short-term profit for long-term sustainability. Of course, you get conflicting signals through old KPI systems and budget processes. Of course, your manager doesn’t seem to listen or doesn’t yet understand what you’re trying to achieve.

This is the system fighting back. Every system is designed to generate the outcome it always has, maintaining the status quo.

If it were easy, it would be irrelevant. But we all need to take a stand. And taking a stand means giving something up. It means you fight and it means you take risk.

Nobody is asking you to give your life to the cause like the Nine from Vavilov, but we do ask you to make sacrifices: to put your bonus at risk, to risk losing that short-term-focused shareholder, and to have the tough discussions.

There’s a growing club of people who are changing the world for the better. They dare to be controversial, they carry wounds from the fight, and they’re proud of them. You might already be a member!

To discover how you can develop your own risk-taking ability and learn innovation skills to improve the state of the world, join THNK. 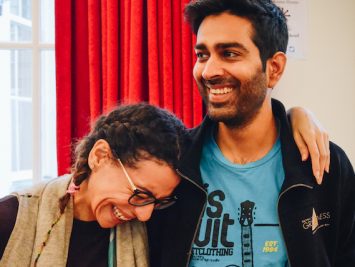 Leading with love: Three ways leadership can show love in the workplace