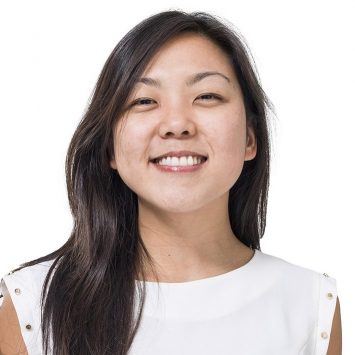 Executive Strategy Director
at BETC
My experience and deep interests:
I am based in: São Paulo

I was born in Brazil and my parents in Korea. They moved in their teenage years in the 70’s with the first wave of Korean immigration and met in São Paulo in the early 80’s. As a daughter of immigrant parents, I always saw the need to be a bridge between two apparently separate worlds. I went to Brazilian schools, grew up with Brazilian Catholic culture and learned Portuguese. At home, I would eat Korean food, watch Korean soap operas and speak a mix of Korean and Portuguese.

Growing up it was challenging to translate one world to the other. Today I feel the same urge to bridge two worlds. Working in advertising agencies for the last 12 years, I could watch closely the potential and appeal that this industry has. My passion for my field never stopped me from wishing that I could do more with my skills and abilities. My set of values led me to believe that I should take advantage of my privileges in a developing country and drive some change around me. I always believed that opposite sides can coexist.

With this belief, two years ago I founded a social business with a friend and former boss. Alivio, relief in Portuguese, is a public toilet that wants to bring relief for those in need in big cities. It’s a business that aims profit and a brand that wants to sell. But also, a social enterprise designed to be financially/environmentally sustainable and to support social causes. How? By solving a social issue: the lack of good and healthy public toilets in the center of populated urban cities. It’s in an early stage and I hope THNK will help me to take off the project, from the paper to the streets.

See all articles from Agatha Kim