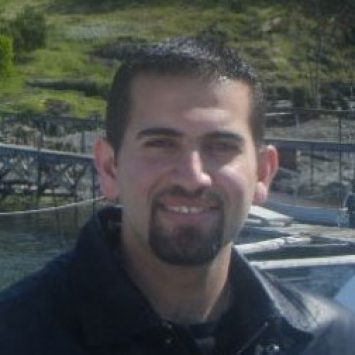 Captain
at A World at School, Optimal Jordan
My experience and deep interests:
I am based in: Amman

I was referred to THNK by Yvonne Biggins.

I am a 29 year old airline pilot from Jordan, having been flying since the age of 19, and have recently been promoted to become the youngest Airbus A320 Captain in Jordan.

The diplomatic nature of my father’s job created a childhood full of travel mostly between Jordan, the UK and USA, which lead into an addiction to traveling and exploring new cultures but also maintaining my sense of responsibility and belonging towards Jordan.

With such passion, I ended up combining flying with achieving a Bachelor in International Business Administration in 2008 from The Hashemite University, aiming to have a better understanding of international business. Afterwards, my social concern started developing and could not stay aside. I started volunteering with many non-profit organizations during which I learned about the amount of suffering within Jordan. This experience awakened my political interests, leading me to acquire a Masters in Diplomatic Studies from the University of Jordan in 2012.

During my studies, I felt the responsibility to create a change; I came up with a vision to initiate a Non-Profit Organization called Optimal Jordan, aiming to optimize the future of Jordan. With such a vision, in 2011, I went to Italy to attend a course called “Be The Change” which helped me frame-up my idea and get started. Finally, in October 2011 Optimal Jordan became a reality, aiming to: sponsor the higher education of bright young students who are unable to support themselves financially, to build and maintain green parks, as well as to practice and promote voluntary work.

My ambition is to reach a level of self-discovery combined with experience and knowledge, allowing me to earn such power that may enable me to create positive change.