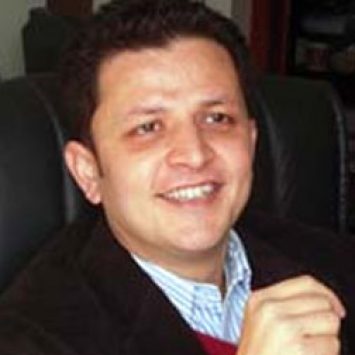 Founder, Author
at HarVa, WEF YGL, SeedKapital, HarVa
My experience and deep interests:
I am based in: Gurgaon

I was referred to THNK by Lisa Ring van Eek.

Honored by the World Economic Forum as a Young Global Leader 2013, I am an ex-Citi where I served in Strategy and Sales positions in Cards and Consumer banking verticals. I began my career with IBM Consulting in the US and have experience in Management, Operations and IT Consulting across Financial Services, IT and ITeS industries in US, UK, and South East Asia. Prior to Citi, I was the Transition Leader at Global Vantedge, a company that was a pioneer in many ways, besides being the first offshore receivables management provider. I am an Engineer from BITS Pilani and a Graduate in Management of Technology from the School of Engineering and The Wharton School of the University of Pennsylvania.

I truly believe in the power of cost-effective innovation in all aspects will lead to value creation across the world, especially in India and will support the Socio-Capitalistic business models as the drivers of inclusive growth. I also think that the real growth in rural areas across the world and in India is yet to come, and is possible only when we get into the real fabric of the country and not just overlay thoughts and patterns from the developed nations. A voracious reader, an avid golfer and an ardent traveller, I have spent almost a decade living in the US and across the world, now living in Gurgaon. I was awarded CNN IBN Youth Icon/Young Indian Leader of the year 2011.

I am Founder of HarVa XPO, which entered the Limca Book of Records for being the first all women rural BPO in the world in 2011 and has won numerous awards and accolades including: the Manthan Chairman Excellence Award 2011, SKOCH Financial Inclusion 2011 and TiE Entrepreneurial Excellence 2011. Earlier in 2011, HarVa was also identified as the 3rd most innovative company in India (next only to Tata Motors) by the Fast Company magazine of New York, Entrepreneurship, Sustainability & Empowered Woman Award by the Rockefeller Foundation / United Nations 2012.