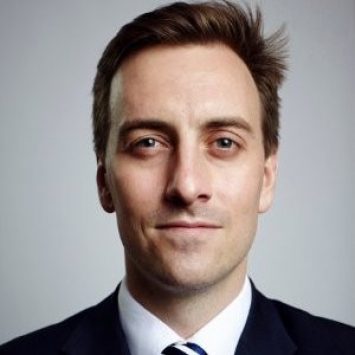 Consultant
at Impossible Foods
My experience and deep interests:
I am based in: Hong Kong

I’m a 33-year-old New Zealander born and living in Hong Kong. My wife is from Panama and we have two third-culture kids – our household hovers between spoken Chinese, Spanish, and Kiwi English. I’ve spent half my life in Asia, with the rest split between New Zealand and some time in South America. I’m a proud Kiwi, yet like to think of us as inhabiting a global, connected Pacific village between Asia, Australasia and the Americas.

I’ve over ten years of corporate managerial experience working for New Zealand’s largest company, a dairy co-operative called Fonterra owned by 10,000 New Zealand farmers. I’ve worked for Fonterra in New Zealand and China, with my latest role leading the global relationship with Starbucks focused on growth in the APAC region. I’ve enjoyed learning from a values-led company like Starbucks. To balance my corporate learning, I helped set up Hatchery – China’s first culinary incubator – in Beijing in 2015 as a co-founder. We have a team focused on validating and growing the next great food ideas from China. I’ve also a small trading company, Highground, which has been operating between China and mainly New Zealand since 2013. I love food and agriculture and how this connects to feeding cities sustainably over the coming generations, and plan to build on my experiences with new ventures and platforms focused on this intersect.

I’m also passionate about connecting New Zealand more in the Asia Pacific, and how China is changing the landscape for everybody in the 21st Century. As somebody interested in leadership, I’m hoping to learn more about conscious, new generation leadership and how food plays a positive role in medicine and build circular economies and cities. Balancing the China and US perspectives with the European school of thought and focus on lifestyle also appeals to me.

Between work and family, I like to run, travel, ski, explore food and wine, and play the occasional game of tennis, soccer, and squash. I’ve previously completed an MBA on the Tsinghua-MIT Global program and hold a board position on the New Zealand Business Roundtable in China, along with being a member of the Asia:NZ Leadership Network and World Economic Forum Global Shapers.