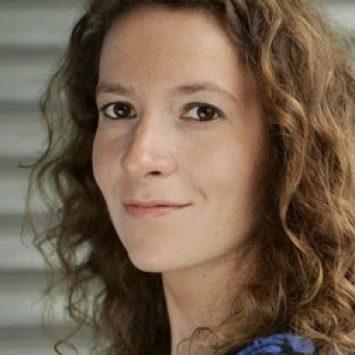 Author & Co-Founder
at The Misfit Economy
My experience and deep interests:
I am based in: New York

I am a regular commentator on topics related to economic transition, wisdom, disruptive innovation, black market and fringe economies, and technology angst. I am the co-author of The Misfit Economy. I have written and appeared in Fast Company , Forbes , Wired , Dazed and Confused , VICE , Harvard Business Review , the New York Times , the Guardian, and on MTV. I am also the founder of Wisdom Hackers. When not operating in the world as Alexa, you can find me playing the Amish Futurist, an alter ego bringing Socratic inquiry to the tech scene. I am a writer, provocateur, economic historian, author, steward of Wisdom Hackers, and co-founder of  @socintleague. Re-wiring the spirit of capitalism.

From a young age, I was in direct contact with so-called misfits: my mother worked with Harvard psychiatrist Dr. John Mack, conducting research on those claiming to have experienced UFO abductions. My father spent time in the Amazon rainforest working with indigenous groups and building sustainable markets for smallholders, while my stepmother was one of the first franchisees of the Body Shop in the U.S.
With this misfit spirit, I enrolled at Brown University where I majored in Development Studies, and continuing my studies with a MSc. in Economic History from Oxford University. I spent my time studying poetry and philosophy - which are essentially meccas for misfits and those who are pushing boundaries and questioning society’s rules.

My professional career began at the Watson Institute for International Studies where I interviewed communities around the world that had been impacted by military toxics surrounding US bases. After a brief interlude living in a windmill in Portugal, I moved to London and began working as a consultant for SustainAbility on the sustainable energy of several Fortune 500 companies.

I conducted a three-year managerial experience at Knowledge and Learning, where I helped leading social entrepreneurs develop grassroots innovation. I later became the Director of New Economy, Ashoka, where I mapped out new economy innovations. Around that same time, I co-founded The League of Intrapreneurs and The Human Agency, two agencies that worked towards bringing change from within with multidisciplinary LEARN/DO collectives.
In 2014, I founded Wisdom Hackers, a platform incubator for public-interest philosophy and co-wrote the book Misfit Economy, with Simon & Schuster, out in 2015. It has already been listed* in The 15 New Books to Read in 2015.