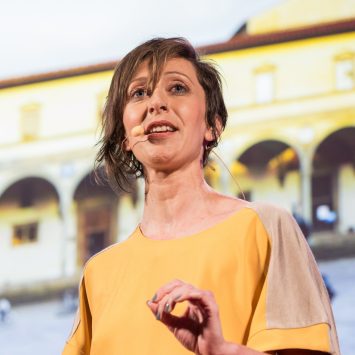 Architect
at The Space/WIRED, TED Conferences, Killing Architects
My experience and deep interests:
I am based in: Rotterdam

I was referred to THNK by Anne Miltenburg.

I became an architect because I like making things. My work is a combination of design and research. When designing, I work mostly at a large scale - architectural design work on larger, mixed-use buildings or developing strategies for neighborhoods and cities. The unusual part of the way I work is the emphasis on finding innovative ways to engage people in how their buildings, neighborhoods and cities work, and how they could be different in the future. This is done through exhibitions, events, film making and journalism.

Everything happens somewhere and while the built environment is shaped by its social, economic and political context, the reverse is also to an extent true – the way we shape our cities and buildings influences what happens in them. I am good at working across disciplines, with groups who don’t have a built environment background, bringing an architectural and urbanist perspective to projects where the built environment is important. One example of this is the (re)constructing the city project, which looks at how relevant urban design tools can be integrated into the work of humanitarian agencies post-disaster. Another is Death in Venice, an exhibition about death and architecture related to it (hospitals, hospices, cemeteries and crematoria) that was shown in Venice in 2014. This work is now being developed to look at how hospitals and healthcare buildings could be better in future.

I am originally from Newcastle upon Tyne, but now live in Rotterdam, the Netherlands. I have worked for a number of international design offices, including Buro Happold and Kees Christiaanse, on architecture, landscape and urban design. I started Killing Architects in 2010, and am also a TED Fellow.