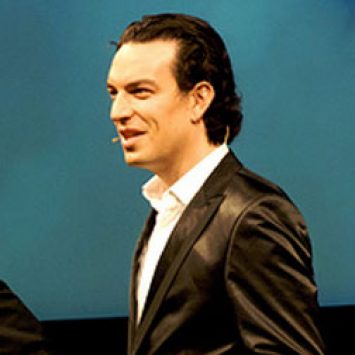 Co-Founder
at  THNK School of Creative Leadership
My experience and deep interests:
I am based in: Amsterdam
Other projects and organizations include: DFFRNT Media

I am a Dutch creative entrepreneur and Co-Founder of THNK School of Creative Leadership.

In 1997, after a brief period at Heineken, I started MVLG eBusiness Consulting which I sold to LBi, a global marketing and technology agency that blends strategic, creative, media and technical expertise to build business value. In 2002 Michiel Mol and I founded Media Republic, an Amsterdam-based new media company. As part of Media Republic, Guerrilla Games was founded, one of Europe's leading game development studios; it would later be sold to Sony Computer Entertainment Europe.

In 2006 Marleen Stikker and I started PICNIC, an international event in creativity, media, technology, entertainment, art, and science. PICNIC has been described as "the grown-up version of Burning Man, with posher venues and more dealmaking."

Together with Postcode Lottery and Eckart Wintzen, I initiated The Green Challenge, a global competition with an annual prize of 500,000 euro that calls on creative and innovative minds to come up with concrete solutions to fight climate change. The Jury included Sir Richard Branson and Niklas Zennström.

I am a global thinker and a member of the TED Global, TED Long Beach and DLD community. In 2010 I received the Amsterdam IJ-Prijs from the Mayor of Amsterdam, Eberhard van der Laan, for my contributions to the city of Amsterdam.

I am currently a member of the Amsterdam Economic Board and a board member Trendwatching.com. Past board positions include The Innovation Platform, chaired by former Prime Minister Dr. Jan Peter Balkenende, and Meta Design, one of the leading European branding agencies. In 2015, at the height of the crisis, I helped found Delite Labs, the non-profit startup school for recent migrants and locals in Amsterdam together with participants from the THNK community.

See all articles from Bas Verhart