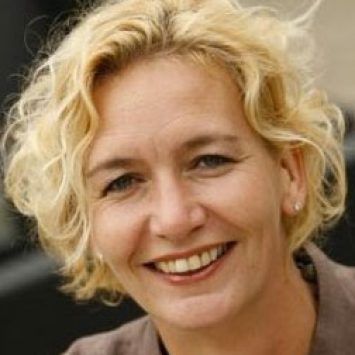 Director of Programmes, Independent Adviser on Education, Gender and Development
at Het Kinderopvangfonds
My experience and deep interests:
I am based in: Utrecht

I have worked for more than 17 years in the field of education and development, with a special focus on womens’ and childrens' rights. I hold an MA-degree in Social Sciences and an advanced degree in Development Studies from Radboud University in Nijmegen. I have worked in various capacities in the public and non-profit sector, for international NGOs, the United Nations, and the Government of the Netherlands.

I kicked-off my career as an Associate Expert on Child Labour for the International Labour Organization in Dhaka, and moved on to the field of Education, Gender and Development for the UN in Ulaanbataar, Oxfam Novib in The Hague, and then as a First Secretary for Education at the Dutch Embassy in Islamabad and at Headquarters in The Hague. I have been involved in setting up a katchi-class system in Pakistan (Early Childhood Care and Education from minus 0 to 8 years of age) and have been working to increase access to and quality of basic education in Pakistan and Afghanistan.

I have been a Guest Lecturer on Education in (Post)Conflict  Situations for the University of Amsterdam, have moderated public debates on ‘Education for All’ in De Balie in Amsterdam, and have published on capacity development in Afghanistan in ‘On the Road to Resilience’ (UNESCO/IIEP, 2011).

Currently, I am working as a Director of Programmes for Het Kinderopvangfonds, a private fund investing in innovations and quality improvements in Early Childhood Care and Education in The Netherlands. I am also still internationally involved as an advisor to UNICEF and the Dutch Government on Education and Gender, as well as being Team Leader of Digidreumesen, an initiative piloting and researching new technology and tools in ECCE and early learning.

“Every child is an artist. The problem is how to remain an artist once he grows up”