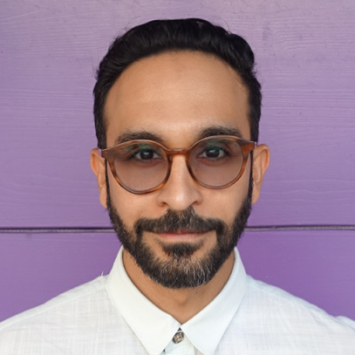 Acting Executive Director - Customer Engagement
at Tamkeen
My experience and deep interests:
I am based in: Capital Area

I’m a native of the small island Kingdom of Bahrain. An interesting intersection of culture and trade, where I was born and raised and learned to punch above my weight. At the age of 16 I moved to Austin, Texas to pursue my higher education, and since then have lived in Dubai, London and Barcelona. I currently hang my hat in Bahrain. With each transition I gained a broader and much sought-after world perspective that set global standards for what I do.

I am currently the Executive Director of the Customer Engagement & Support Department, at Tamkeen, an economic development and funding agency in Bahrain. I’ve been with the organization for 7 years of its decade long existence, and in my time there, have witnessed the change I am able to bring to people’s lives through our various programming. I have a very close and direct impact on the welfare of people, which necessitates genuine leadership. There, I developed a passion for market engagement and connecting people. As an extension of that role, I am overseeing the Global Entrepreneurship Network Bahrain Chapter as its Managing Director.

When I’m not in my suit, I’m in my studio. I’m a music enthusiast with an ear for guitar virtuosity and indie-leaning electronic music production. I’ve released a number of works and performed in a several international music festivals over the last 7 years. I can nerd out about black holes and the universe as long as the conversation is not too complex and I’m intrigued by brain hacking.

I was nominated to become a THNKer by Mark Vernooij