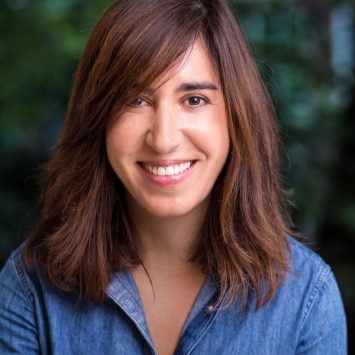 Brand & Marketing Director / Coach / Speaker
at The 2nd Half
My experience and deep interests:
I am based in: Amsterdam
Other projects and organizations include: Eva's Vimeo and The 2nd Half on Linktree

I have a passion for brands, communication, and people. I started my career as a copywriter in Spain and in 2000 I joined the entertainment industry at Cirque du Soleil Europe (not as an artist, I know, that would have been a lot more intriguing) in the Marketing/Corporate Alliances team working with UBS Bank, Peugeot, Audi, and Coca-Cola. Then I became Account Director at Wunderman focusing on automotive and international deployment projects for Land Rover and Jaguar, as well as working for Ford, Mazda, and Caterpillar.

After 23 years of non-stop work, in 2017 I embarked on a six-month journey to Asia and Oceania. I entered "The 2nd Half" of my life, questioning how was I going to live it? During my stay at a temple in rural Japan, I decided my path would continue as Brand & Marketing Director a.i., as a coach and mentor guiding individuals to a more fulfilling career, and as a speaker on leadership and marketing to inspire brands to do more instead of tell more.

In 2018 I got deeper into the retail sector, joining bol.com as Marketing Director. I have been a member of the board of ADCN and the Vodafone Netherlands Foundation.