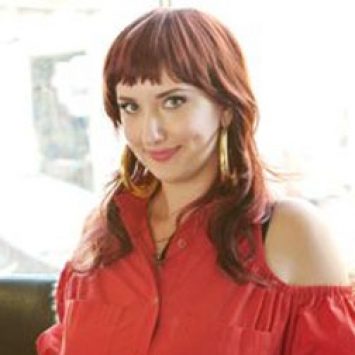 Nail Artist
at Freelance Nail Artist/Makeup
I am based in: New York

I was referred to THNK by Reema Bint Bandar Al Saud.

Born in Connecticut, I focused on painting, drawing, and illustration throughout childhood, highschool, and college. I have studied many mediums, and developed an expertise and love for water color, and oil painting, as well as ink drawing.

I graduated with a degree in visual fine arts in 2009, and made the move to Brooklyn, NY almost immediately after. I knew since I was very young that the city is where I would end up. I founded my popular nail blog in 2010 due to an overwhelming response to my nail designs, and the encouragement of friends.

Since then I have been building my nail empire. I am currently working at Tomahawk Salon in Brooklyn, by appointment only.

My work has been featured in Vogue.it, Teen Vogue, Paper magazine, (to name a few) and countless nail, and beauty blogs. I also work with a number of celebrity clients including Anne Hathaway, Julianne Moore, Tyra Banks, and Whoopie Goldberg.