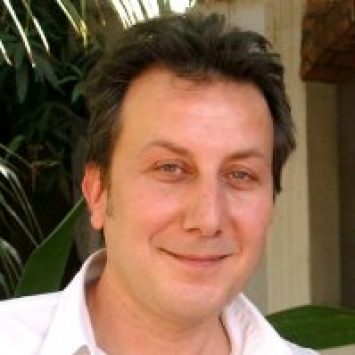 Lead Advisor Agriculture
at International Institute for Communication & Development
My experience and deep interests:
I am based in: Amsterdam

I am Lead Advisor Agriculture for The International Institute for Communication and Development (IICD) in The Hague.

Born in Brussels in 1960, I originally grew up in a francophone environment. I moved to The Netherlands at the age of 8, went to high school in Breda, and studied Communication and Media Sciences at the University of Amsterdam.

I graduated in 1986, and worked as a radio journalist for Dutch local, national and international radio broadcasters from 1986 until 2001. From the early nineties on, I started to develop a keen interest for digital channels, as I saw an opportunity there to combine and merge different media and enhance the reach, the richness and the interactivity of formerly analog information channels.

In 2001, I joined IICD (International Institute for Communication and Development) whose mission it was to investigate and pilot the use of ICT in development-related projects/programs in Africa and Latin-America. From 2005 onward I was in charge of all IICD projects and programs in Mali and Burkina Faso.

The red thread in my professional life is, and has been, communication and information – how can the processing, the quality and the transmission of information be improved so that its potential to turn into actionable knowledge is optimal?

I am curious by nature, and eager to learn from others. Always keen to look for and develop ‘alternatives’ – political, social, and in my personal life, I have been living in groups/communities in the Amsterdam squatters’ movement in the eighties, developing the concept of ‘creative living zones’, trying out different models of community radio, and channeling many of these experiences in my professional life - as a journalist until 2001, and as a development actor from 2001 on.

Father of three children, I live in the Watergraafsmeer neighborhood in Amsterdam-Oost.