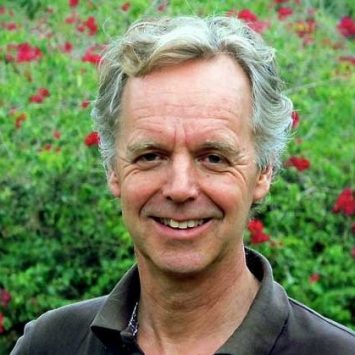 Founder
at Simu+
My experience and deep interests:
I am based in: Nairobi

Although some people perceive my career as capricious,  for me it has been a smooth path whereby each project or initiative led to another. As the digital revolution took off, I moved from magazine publishing to online magazine publishing. Video became the next feature in these online publications and the daily vlogs propelled us into television productions. Soon after we engaged rappers as contemporary reporters in the MTV series Rap Around the World to make Western youth aware of the living circumstances of their peers in sub-Saharan Africa, Asia and South America.  On the side, together with a friend, I initiated several media projects in Africa and we realized that storytelling by and for young Africans is a powerful emancipating tool. The result was the launch of a film school in northern Tanzania. Talking to the students made us realize that there was hardly any local content produced in sub-Saharan Africa. An East African television production company was the next step. Eight years later, I have produced more than 4000 high impact programs debating current affairs in local languages in Kenya, Uganda and Tanzania.

Although the daily viewership in each of the countries and the social impact was very high, the rapid population growth and rising unemployment among youth are asking for disruptive solutions that are accessible to the masses. There is a skills mismatch between what people are taught and what is needed for the job market, the informal sector and in agriculture. These issues can be addressed by appropriate learning if one takes into account that the majority of the people have simple mobile phones, but no smartphones or internet access, illiteracy and semi-literacy rates are high and people want to communicate in their own local language. The result is the initiative to launch Simu+, that offers adult education for all (15 yrs+) using the mobile phone on an anytime anywhere basis. The courses are delivered via audio with IVR-interaction in local languages, accessible by all mobile phones, including the most basic ones. Simu+ offers courses in employability, generating an income in the informal sector, enhancing agricultural productivity and health literacy.

I was approached in 2011 to participate in the very first class of the Executive Leadership Program. Back then I had the impression that the program was for young people and therefore not the right match for me. Over the years, I learned more about the program and met some members of the THNK community which made me realise that my view of the program appeared to be a misconception.  During the program, I would like to explore how our mLearning platform could migrate over time. Will it (just) become internet enabled, with extra features? Will it leapfrog towards the voice-interfaces of the large tech companies (Siri, Echo, Home etc)? Or will the voice interfaces be integrated with blockchain technology and develop beyond education?