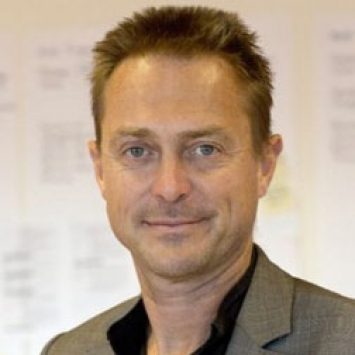 Program Director Organizational Development
at Gemeente Amsterdam, Intercoach, Be3@Work
My experience and deep interests:
I am based in: Amsterdam

I work for the municipality of Amsterdam and am owner of the ChangeLab, specializing in change management, appreciative inquiry and social and governmental innovation. I am a certified Executive Coach and work for a variety of organizations.

In recent years I have been working together with universities on societal change projects (Helsinki, Espoo, Malmo, Johannesburg) and co-founded the organization International Initiatives for Societal Innovation (I2SI).

I have had extensive experience as (senior) administrative manager and leader of innovation projects in the public sector. I have been leading governmental change and innovation for the past 20 years, both on a national and local level.

I have worked at the Department of Environment (1989-1994) in the field of national policy for the living environment, and at the Department of Transportation (1994-2002), where I worked on and managed diverse projects in the area of interactive planning, innovation programs, strategy development, and scenario planning. Among other things, I set up the first ministry-wide innovation program (Roads to the Future), lead the change program to liquidate the task-oriented, reactive Civil Aviation Authority, and set up a process-oriented and pro-active Directorate General of Civic Aviation.

In 2002 I became City Manager in Amsterdam for the district Geuzenveld (50,000 inhabitants) and was responsible for reversing the downward spiral into social and economic decline and urban renewal in Amsterdam’s most deprived area. In 2008 I was one of the initiators of restructuring the Amsterdam administrative system and leading CEO for the merger of two city districts in 2010. From 2010 till 2013 I was the City Manager of the Amsterdam East district (120.000 inhabitants, 1000 employees). Over the past two years I was the program Director of Organizational Development for the city of Amsterdam, to make the city administration more flexible and responsive to the needs of its citizens and entrepreneurs.

I am always looking for new ways to improve the government and connect it to emerging developments in society.

In my free time I enjoy traveling and encountering different cultures. I love to run half marathons and scuba dive in tropical water. I also practice improvisational theater.