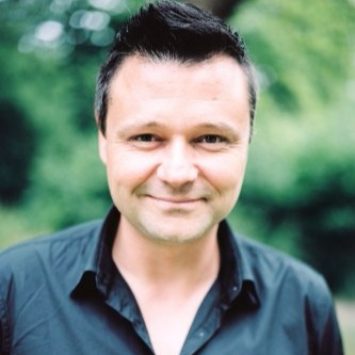 As a kid I read Steven Weinberg's The First Three Minutes, describing the events right after the Big Bang in 200 (!) pages, and it opened my eyes to the world in a profound way. Nature is everything and everywhere and present in all levels ranging from atomic structures to the complex innovation (urban) ecosystems many of us live in today. Growing up in Germany on a Dutch NATO base during the cold war added a sense of urgency to my childhood.

I moved to Belgium and lived there for several years, finishing high school and started studying biology at Utrecht University. As much as I loved working in science I decided to switch to the new and emerging field of internet and digital media. I joined the pioneer team of 2 people that were developing a new online a public science communication platform in the Netherlands. We called it Kennislink.nl.

The Kennislink.nl project was granted long-term continuity by the Dutch government. When it became part of NEMO Science Museum, I became project leader and manager of the NEMO Digital Productions & Publications department. NEMO Kennislink is now as a sister brand next to NEMO Science Museum. We currently employ 15 freelance science journalists and worked with over 40 partners in science, education, policy, public-private consortia and creative (media) industries. We currently reach over 3,2 million annual visitors.

In recent years my focus shifted towards more strategic and long term developments in science and society interactions. Defining and researching new roles for science communication in light of new and emerging technologies (fourth industrial revolution). Working on new ways to place science museums more functionally in innovation ecosystems. Working on programs that connect citizens to innovation and its stakeholders in meaningful ways. This focus aligns with NEMO`s compliance to the United Nations Sustainable Development Goals (SDG).

Two other projects that I am currently working on:

In my current position I work at the intersections of science & technology, communication, public engagement and arts & culture. Making science understandable and accessible to all, building bridges between societal stakeholders and contribute to increased scientific citizenship, raising awareness for grand challenges of our time and above all stimulate interest in science among citizens of all ages.