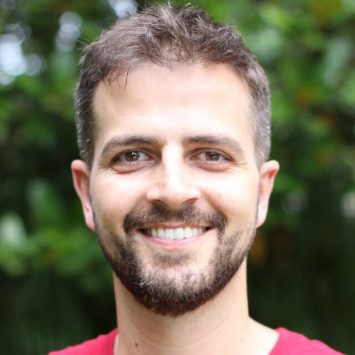 Business and Biodiversity Manager
at Boticário Group Foundation
My pronouns are: he/him/his
My experience and deep interests:
I am based in: Curitiba

Guilherme Zaniolo Karam is Brazilian and has an undergraduate degree in Biological Sciences from the Federal University of Paraná (Brazil) and a graduate degree in Environmental Analysis from the same institution. In 2007, he completed his Masters in Natural Protected Areas at Universidad Autónoma de Madrid (Spain) and, in 2017, became a Kinship Fellow.

Since 2000, he has been involved in biodiversity conservation projects, with emphasis on natural areas management and valuation, payment for ecosystem services, climate change adaptation and sustainable development. Since 2010, he has been part of the Boticário Group Foundation team where he is the Manager of Business and Biodiversity, area with the goal of promoting the conservation impact businesses ecosystem in some Brazilian strategic territories.