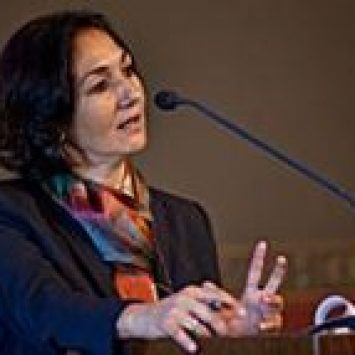 Former Director
at Lutfia Rabbani Foundation
My experience and deep interests:
I am based in: The Hague

I am an independent advisor on International Development and Peacebuilding with 20 years of leadership experience. Born and raised in Egypt, my dream of a more just and equal world has led me to live and work in seven countries – from Afghanistan to Norway. In Egypt, I pioneered an initiative to provide credit and identity cards to poor women, co-founded Egypt's first organization focused on women-headed households, and served as the Ford Foundation’s Middle East and North Africa Officer for urban poverty.

Joining the UN’s largest development network, UNDP, as Policy Advisor in NY in 1998, I then became its first woman Country Director. In Sudan (2003-2006), I witnessed how marginalization and poverty breed conflict and war and became convinced that sustainable development and peacebuilding are two sides of the same coin. I led and launched development and conflict transformation initiatives and negotiated with governments, rebels, and civil society in what was then the largest, most complex conflict in a humanitarian context in the world.  In 2006, I became the United Nations first female Resident Coordinator in Tunisia (‘UN Ambassador’), and in 2012, the first woman Director of UNDP's Global Governance Center in Oslo. I reoriented the Center to work on political transitions, gaining official recognition from the Norwegian Government for my vision and the results achieved.

I hold a Ph.D. in Social Anthropology from the University of London. My book on gender was considered “an intellectual and political challenge”. I am haunted by the dehumanizing ‘othering' evident all over the world, rationalizing exclusion and deepening conflicts. My journey with THNK will provide inspiration, learning, and networks to develop my endeavor for new platforms and strategies to tackle discrimination and stereotypes — leveraging media and educational tools and drawing on new actors.

A quote I love: ‘If I cannot dance, I do not want to be part of your revolution’.