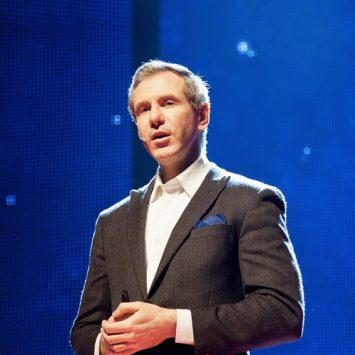 Co-CEO
at Genaro Network
My experience and deep interests:
I am based in: Shanghai

I was referred to THNK by Liu Yan. I am a Shanghai-based social entrepreneur and writer, with a goal of promoting China-focused sustainable ideas and social impact.

I established LOHAUS, the Loft of Health and Urban Sustainability, in 2013. This Shanghai-based social enterprise applies principles from both LOHAS and Bauhaus (the German architectural and design movement ) to integrate the building, the occupants and the environment in a balanced way. LOHAUS works to promote health and sustainability in Shanghai and other Chinese cities.

At LOHAUS, I launched a LED light bulb promotion project in 2013, and in 2014 I was the first in Shanghai to set up grid-connected solar panels on a downtown rooftop. My actions created awareness among millions of Chinese consumers through coverage in China’s national print and televised media. Continuing the work of LOHAUS is my main channel for social innovation and impact.

As a writer and an instructor, I have helped others understand China’s economy and society. I have written several books about China, including my most recent, China’s Economic Supertrends, and am a frequent speaker at conferences and events. In 2012 I formed my own business networking platform that now has nearly one thousand members who are interested in and passionate about China’s business environment and economy. I invite top China-based speakers, host the event, and also moderate the panel discussions. Finally, as an instructor, I have been part of the MBA-C faculty at Shanghai’s Jiaotong University, where I teach a course on China’s economy, and another in cross-cultural management, since 2009.

Originally from Canada, I have spent nearly two decades studying China and have lived there since 2003. Although my surname is “Inch” it does not mean “In China” and I did not change my name, but am happy it worked out that way all the same.