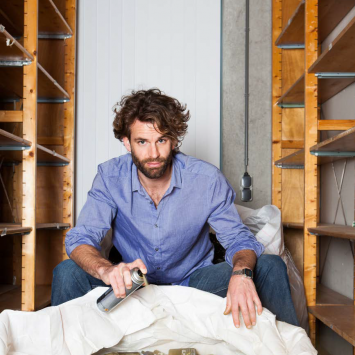 Director & Founder
at Closing the Loop
My experience and deep interests:
I am based in: Amsterdam

Engaged, father of two boys - I am the founder of Closing the Loop, an organisation that buys broken mobile phones (e-waste) in Africa and Asia. I previously co-owned an electronics re-use company, which led me to Africa. The idea behind Closing the Loop was conceived during a project in Tanzania in 2010, where I saw that e-waste led to huge problems at the end of its life-cycle. As a result, I founded the company in 2012, with the mission to ensure that these devices are collected in developing countries and recycled responsibly. Closing the Loop aims for profit, but also for 'a world where waste is not wasted'.

At THNK, I will be looking at improving Closing the Loop's position in the telecom industry, strengthening its role as a circular frontrunner and developing its business case; while also working on improving my management and leadership skills. I have worked for Accenture and the Global Reporting Initiative. I live in Amsterdam and love being in nature, running and playing squash.