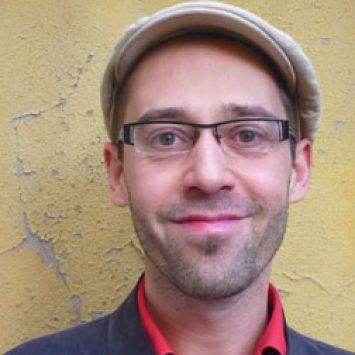 Founder & CEO
at Marco Polo Project, Various Organisations
My experience and deep interests:
I am based in: Melbourne

I was referred to THNK by Eduard Burer.

I am a French-Australian writer, educator and social entrepreneur. I currently run the Marco Polo Project, a Melbourne-based non-profit organization I founded in 2011. Marco Polo Project explores innovative open models to bridge the China knowledge-gap by celebrating literature, language and ideas. In parallel, I started a PhD at Monash University on the digital ecosystem of Chinese language learning, and support the China Australia Millenial Project, an international summit bringing together 200 young innovators from Australia and China for a 3 month + 5 day innovation incubator at Sydney Vivid Festival 2015. I've been invited to speak and write about digital China, online writing and the multilingual internet at multiple international forums, including the French Foundation for Political Innovation, Melbourne Writers Festival and Sydney Ideas.

I was born in Strasbourg from a Mediterranean family, and studied Humanities, Classics and Philosophy at Ecole Normale Supérieure in Paris, before teaching linguistics and translation at the Sorbonne. In Paris, I also collaborated with musicians and film makers and published a first novel and various short stories. In 2008, I migrated to Melbourne with my Australian partner, via a three-month overland journey from Paris to Singapore.

Since migrating to Australia, I have taught languages and translation and worked in government strategy, while pursuing my work as a writer and collaborative artist. In 2014, I was appointed Industry Fellow by the Monash University Centre for Literary Translation, and directed the first Marco Polo Festival of Digital Literature, bringing together readers, writers and translators from China and Australia through a series of interactive online and offline events. I live a cosmopolitan life in the Melbourne CBD, making French dinners for friends, goes on long suburban walks, and love the sight and smell of jasmine, palms and lemon trees.