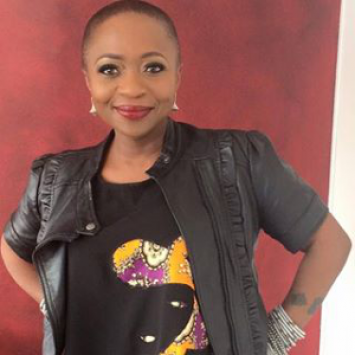 Founder and Social Interpreter
at One Man And His Dog Films
My experience and deep interests:
I am based in: Cape Town

I was referred to THNK by Rajiv Ball.

I am an accomplished television and film producer, writer, and positive sexual health activist based in Cape Town and Johannesburg, with a rewarding and varied history working in international and South African media.

I have worked as a commissioning editor for local drama at South Africa’s largest TV channel, SABC1, where I was responsible for the channel's ground breaking and highly rated local drama programs.

I also completed a successful stint as the editor of O, The Oprah Magazine in South Africa (one of two editions in the world), and was the launch Channel Director for BET (Black Entertainment Channel) on the African continent.

As an entrepreneur, I am a former founder and partner at T.O.M. Pictures, which in it's 8 years of existence produced feature films (Gums and Noses, Jozi, Material), drama series (Soul Buddyz, Soul City, A Place Called Home), as well as a talk show - Late Night with Kgomotso. The company was nominated for an International Emmy Award in 2007 and has won several local awards.

I am currently director of my own production company, One Man And His Dog Films, a feminist television and film company which I founded with a particular emphasis on women, as well as sexual and reproductive health, and mentors more than 20 young women from all over Southern Africa who are pursuing a career in television and film. Our #1 rated talk show "Rise" is currently on air on Tuesdays at 18:00.

I'm also well known on South African airwaves as the host of Late night with Kgomotso on SABC2, Pillow Talk on SABC 3, Soul Talk on Soweto TV, Rise on SABC 1, Good Morning Gauteng on Kaya FM, and The Weekend Breakfast with Kgomotso Matsunyane on Talk Radio 702/Cape Talk 567, and Sex Talk on Cape TV. My frank and confrontational manner about issues considered "taboo" has been my trademark, and I hope to capitalize on this reputation to preach about positive sexual health.

I have written weekly and monthly columns for News24.com, Afropolitan Magazine, Women24.com as well as True Love magazine.

I was first invited as a guest speaker at THNK FSTVL 2016 and immediately, finally, found my "tribe". I will be pursuing my latest passion campaign called "The Golden Triangle Initiative for Positive Sexual Health" - a movement to debunk and demystify the prevailing stigma around sex and sexuality, with a view to reducing the shocking rates of new HIV infections among young girls and women 14-25 years old.