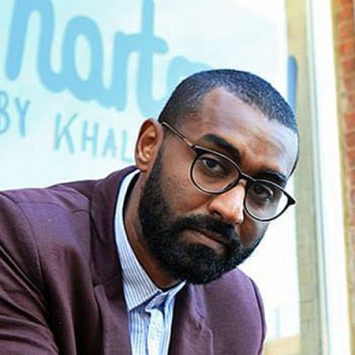 Artist and Political Cartoonist
at Khartoons
My experience and deep interests:
I am based in: Copenhagen
Other projects and organizations include: Al Jazeera Article and Instagram

I am a Sudanese artist and political cartoonist born in Bucharest, Romania in 1980. I currently live and work in Denmark where I am the ICORN/PEN Artist in residence for the city of Copenhagen, Denmark.

Prior to this I have been based in Doha since 1990 where my last position was The head the Public Art for Qatar Museums Authority. I publish my cartoons on social media under “Khartoon!,” a word play on cartoon and Khartoum, the capital of Sudan. My cartoons have been published widely in international publications including The New York Times, The Atlantic, PRI, and NPR, BBC, in addition, I have published my written social and political commentary in publications such as The Guardian and Al Jazeera.

I am also the founder of @DohaFashionFridays and Co-founder of Khartoum Art & Design Center.

I was nominated to become a THNKer by Alexandre Fernandes Filho