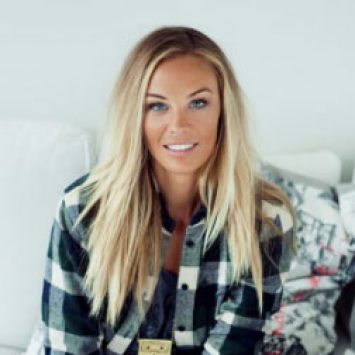 Marketing Consultant
at Boa Sorte Creative
I am based in: Oslo

I was referred to THNK by Siri Warren.

I am a marketing and communications professional. Ever passionate about great storytelling, I love getting the message across to a given  audience, creating valuable engagement and getting people to act. Currently living in Oslo, I have a multi-faceted bakground, not only geographically, but also in terms of education and work-experience. I have been working, studying and living in London, San Francisco, Sydney, Switzerland, Munich, Barcelona,Tokyo – in addition to recently have taken on a communications challenge that brought me through Italy, France and Spain.

After completing my Bachelor degree in Media and Communication at the University of Westminister, I started my professional career by working with various Norwegian TV-productions. With strictly limited marketing-budgets, I had to think outside the box to attract viewer attention for various shows and formats. After having completed a highly successful campaign that gained a lot of buzz, I was then headhunted to join djuice (a Telenor-owned Telco branch) as a viral marketing manager in 2006.

I then moved to join DIST Creative, one of Norway's most celebrated and highly regarded marketing agencies at the time. Joining DIST, I helped grow and build the company by serving as a client director. I worked with clients in a wide range of sectors – with very different needs in terms of communication. The customers ranged from NGO´s (The Red Cross, Plan Norge), through Telcos (Telia Sonera, Telenor), Consumer Goods (Burger King, TINE), Films (Kon-Tiki, Hunger Games, Alice in Wonderland) to Consultancy and law-firms (Accenture and Selmer DA).

After 4 years at DIST Creative,  I quit to take upon a larger journey to pursue adventure, possibilities and gather experience around the globe. I started the trip as an independent marketing consultant and worked (among others) with a market-assessment task during the pre-opening of the Hotel Chain Anilana on the east coast and former war zone of Sri Lanka.

I have also done consultancy work for a Swiss based eco-investing and advisory firm (NEUW Ventures), where I worked on a campaign using a world-record in cycling as a vehicle to promote sustainability and green energy. Being a part of the three grand cycling tours (Giro d'Italia, Tour de France and Vuelta a España), I gathered the 22 best Pro Cycling teams of the world to collaborate on a project for the enviroment. The project gathered a lot of attention in a wide range of channels, among them French Television, Eurosport, SBS, TVE, TV2, Gazetta della Sport and Die Zeit.

During the aftermath of the typhoon Haiyan in the Phillipines, I also collaborated on a charity project. I joined in to help build 70 boats for fishermen having lost their boats during the terrible storm. Lately I have worked for a marketing-agency called Jimmy Royal AS – mainly on a project for Godfisk (The Norwegian Seafood Council). The aim of the project is to inspire Norwegians to eat more seafood.