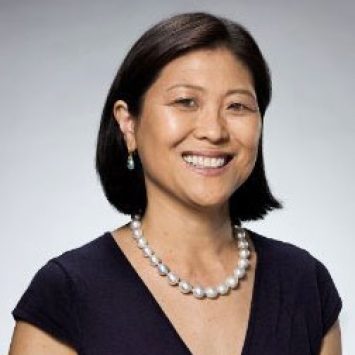 Dean, School of Entrepreneurship and Management
at ShanghaiTech
My experience and deep interests:
I am based in: Shanghai

I was referred to THNK by Sharon Chang.

I am the Vice Chancellor for Asia at NYU where I am currently on sabbatical. Over the course of my 20-year career, I have become a sought-after partner for companies and organizations wishing to be successful in highly competitive, global environments. I have demonstrated a knack for spotting growth opportunities and realizing them. I am known as a leader with an independent spirit and steadfast integrity. In all of my endeavors, I have energized teams to think big while never losing sight of the detail(s).

My career highlights include:

Chief of Staff to the partners in charge of Goldman Sachs' Fixed Income Division: I envisioned and eventually became part of the core team that built the Credit Derivative business, which has since grown into one of the firm’s largest business units. I was also Chief of Staff to the Chair and CEO of Merrill Lynch where I managed the Office of the CEO and broad strategic initiatives for the firm including its China strategy.

CEO of Fly Communications: I grew revenues in the double digits year-over-year by strategically transforming the advertising firm into the agency of choice for select private-equity fund portfolio companies.

Vice Chancellor of NYU in Asia: I spearheaded the creation and implementation of NYU Shanghai, the first integrated western higher education program in China. I oversaw all aspects of the program from negotiation of the agreement, to creation of the academic program, to building out of the administrative and physical infrastructure. I began her career in China in 1983 as an exchange student at Peking University and then at Kamsky Associates where I represented firms such as AIG, GE, Portman Architects, and McKinsey. Recently, I consulted with Schwarzman Scholars on the establishment of this new scholarship program with Tsinghua University in China, and am currently working with another new university in Shanghai on creativity, innovation and entrepreneurship.

I have a B.A. from the University of Pennsylvania and a J.D. from NYU School of Law. I serve on the board of Chelsea Day School and the National Partnership for Women and Families, and am a Lifetime Trustee of NYU School of Law. Born in Hong Kong, raised in the U.S., and fluent in Mandarin, I love my family time in Shanghai and New York, as well as gardening in Kauai.