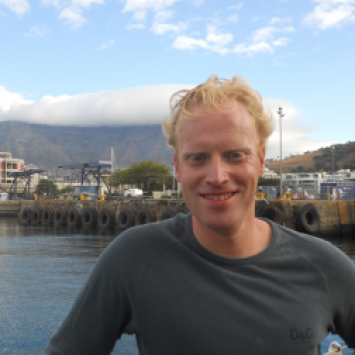 Business unit leader Payments and Digital Products
at EquensWorldline
My experience and deep interests:
I am based in: Amsterdam

I was born in the Netherlands in a small village near Alkmaar. Ever since I can remember I dreamt of flying and becoming a world-traveling adventurer, not realizing that is quite a challenging proposition to pay the bills. Nevertheless, at 18 I moved to the US as a cultural exchange student at a community college in North Carolina. There I took all the classes one can not follow during high school in the Netherlands, such as Political Science, Sociology, Psychology, and...skiing! Although I knew I wanted to work in international business (a little bit less like an adventurer, but at least it could pay the bills)  I was really captivated by psychology. As doing business and meeting new cultures is all about people, I decided to study psychology for a year and I wanted more adventure, by living abroad again. I found a university where I could do a dual degree, International Management in the Netherlands, and European Business Administration in the UK.

In the UK I worked a year for British Airways, which got me closer to my dream of traveling for a living...but then I read an advertisement in the London Times, looking for experienced graduates to join an International Management Development Program for General Electric (GE), where one could do eg. marketing in London for 6 months, business development for 6 months in Paris. As I am always trying to learn as much as possible and love traveling, this sounded like a match made in heaven! During the program I did a number of diverse roles in Sweden, the UK, and the US, where I managed to score my dream job: working at the global HQ in New York, getting paid to travel 300 days a year all over the world, meeting new people, cultures and business models. After several years of Lean Six Sigma consulting and working on Mergers and Acquisitions globally, I wanted to challenge myself by becoming a business leader. I moved to Norway, where I became Chief Operating Officer at a GE business.

I realized after 14 years abroad that I wanted to move back closer to my friends and family. Luckily I was asked to transform a bank that GE acquired there close to the THNK headquarters and become COO and later COO/CIO. During that time, I was fortunate enough to be awarded a full scholarship by Nyenrode to follow an executive MBA at Nyenrode, Kellogg School of Management in Chicago, and Stellenbosch University in Capetown.

While GE is a very diverse company, that consists of hundreds of smaller companies, I felt my learning curve was flattening and it was getting a bit too comfortable. When my son Jack was born, I decided it was time to really challenge myself again, by starting a new adventure in an organization as different from GE as possible, so I become General Manager at Equens, responsible for merging an Italian, Dutch and German business.

In my spare time I love, surprise, surprise, to travel with my wife and son, run, do fitness and go to as many concerts as possible!