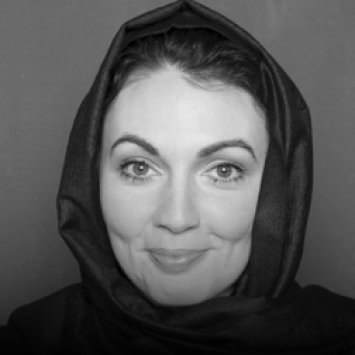 Co-Founder and Managing Director
at Al Baydha Development Corporation
My experience and deep interests:
I am based in: Jeddah

Born in New York City and raised between Cairo Egypt and Southern California, I am the Co-Founder and Managing Director of the Al Baydha Development Corporation based in Jeddah, Saudi Arabia.

Founded as a large-scale poverty elimination and heritage reclamation pilot project, Al Baydha seeks to generate wealth in and create social change for society by combining the best of local ancient practice with cutting-edge modern innovation implemented by the inhabitants themselves.

In addition, I have over fifteen years of experience advising educational, charitable, and cultural institutions and non-profits in program and business development and capacity building, including the Sawiris Foundation for Social Development, Middle East Text Initiative, Arab American Institute, King Faisal Foundation, Effat University, various private family foundations, and the Washington DC-based Mosaic Foundation, where I was Executive Director from 2006-2010.

My lifelong interest in religious philosophy brought me to Pennsylvania, where I completed my undergraduate study in philosophy. As the realities of the world changed after the tragedy of 11 September 2001, I returned to my beloved city on the Nile to attend the American University in Cairo. There I began higher-level study of the mechanisms by which socio-anthropological beliefs manifest themselves in the minds and movements of the young population of modern Egypt.

This adventure sparked in me a fascination with the impact of media as an agent of change in social movements and communities. A lifelong storyteller and communicator, I put my post-grad experience at the Associated Press Television Network and eniGma Magazine to work, and created  'Nile Voices',  a 2003 documentary produced under the auspices of the Duke University Center for Documentary Studies.

These days, in addition to currently pursuing a graduate degree at Colorado State University in Global Organizational Leadership, and when I'm not busy being a mother of three uniquely individualistic children, I oversee the charitable and programmatic affairs of a private family office, am compiling an anthology on the lives and experiences of Arab-American women, and am producing a documentary that examines the movement toward compassion as a powerful harbinger of peace in war-torn societies.

I was nominated to become a THNKer by Dina Sherif