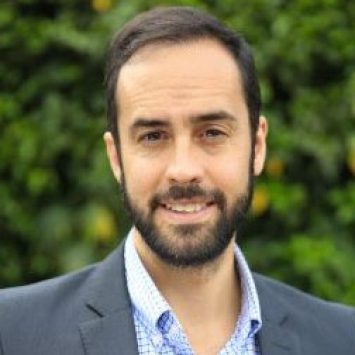 Executive Director
at Peripheral Vision International
My pronouns are: he/him/his
My experience and deep interests:
I am based in: New York
Other projects and organizations include: Entertainment-Education Behind the Scenes and Africa's Hit Science Show For Kids Is Coming To The U.S.

This journey began in 2000, creating cross-community media projects with former political prisoners in Northern Ireland. From there I earned a Ph.D. from the Annenberg School for Communication at the University of Pennsylvania, where I studied and produced advocacy documentaries and streaming videos for partners like WITNESS, Brave New Films, the Yes Men, and others. I spent a few years training young environmental activists at the legendary Green Mountain College.

In 2011 I founded Peripheral Vision International, an international nonprofit that uses media, technology, and popular culture to catalyze social change around the world, with a special focus on last-mile communities in Sub-Saharan Africa, where the world’s largest youth population lives. Together with partners, PVI has co-created, produced, and distributed television programs, videos, audio games, comics, and other media that have been viewed, read, interacted with, or listened to hundreds of millions of times across dozens of countries. Our award-winning work has been profiled on CNN, The New Yorker, NPR, The Guardian, and many other news outlets.

As a scholar, I’ve published articles in peer-reviewed journals, edited volumes and reference books on media-related topics, and recently co-edited my first book – “Entertainment Education Behind the Scenes: Case Studies for Theory and Practice” which brings together most of the major scholars in this field into a single open-access collection.

I’m always enthusiastic to speak to audiences about the power that media plays in our lives and have been invited to speak at MIT, The University of Pennsylvania, BBC Media Action, the United Nations, and at a variety of other universities, events, and institutions.

I was nominated to become a THNKer by Eduard Burer