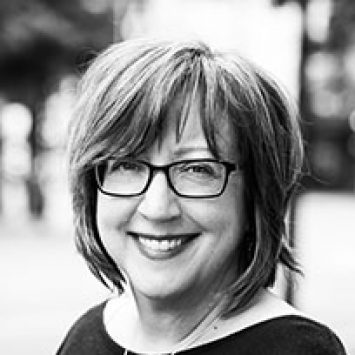 Advisor
at Vancity
My experience and deep interests:
I am based in: Vancouver

I am accountable for building relationships in the values-based banking space for Vancity, a financial cooperative serving the needs of its more than 509,000 member-owners and their communities through 58 branches in Metro Vancouver, the Fraser Valley, Victoria and Squamish in British Columbia, Canada.

As Canada’s largest community credit union, Vancity uses its $18.6 billion in assets to help improve the financial well-being of its members, while at the same time helping to develop healthy communities that are socially, economically and environmentally sustainable.

A primary focus is leveraging Vancity’s relationship with the Global Alliance for Banking on Values(GABV) and I am currently seconded on a half-time basis to the Netherlands-based GABV Secretariat, with a focus on developing the organization’s long-term strategic plan, building an advocacy and partnership strategy, and developing its North American member network.

In her executive role, I also directly support Vancity CEO Tamara Vrooman in extending my personal reach, engaging with external organizations to build a leadership network across a variety of sectors—all to involve others in Vancity’s vision to redefine the meaning of wealth.

My previous roles at Vancity include Senior Vice President, Member Engagement overseeing marketing, communications, and digital and community engagement, and Vice President, Public Affairs and Corporate Communications. Prior to joining Vancity, I served as Director of Public Affairs at the University of British Columbia. I began my career as a journalist—as a reporter for the Winnipeg Free Press in Winnipeg, Manitoba and as a national current affairs producer for CBC Radio’s As It Happens in Toronto, Ontario. I studied at Ottawa’s Carleton University School of Journalism and am professionally accredited through the International Association of Business Communicators.

A graduate of the national Institute of Corporate Directors’ Education Program, I sit on the boards of the PuSh International Performing Arts Festival and Kitsilano Neighbourhood House, as well as CARECanada’s Vancouver I Am Powerful Council, which works to raise women out of poverty in developing countries, and the Deetken Impact Fund Advisory Council. My previous experience includes sitting on the boards of the Vancity Community Foundation, Canadian Business for Social Responsibility,Leadership Vancouver, and Volunteer Vancouver.