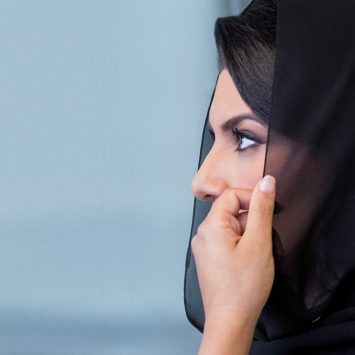 I am the Founder and CEO of Alf Khair, a social enterprise, whose aim is to create a Saudi Arabia where women and men form the greatest natural resource, with initiatives including a service excellence Academy, which opened in 2016. Until early 2015, I was CEO of Alfa International, the leading luxury retail corporation that operates the Harvey Nichols store in Riyadh. I am also the founder and Creative Director of luxury handbag brand Baraboux. I am an advocator of endeavors that create opportunities for women in Saudi Arabia and, with this aim, I was a founding member of the Zahra Breast Cancer Association. My work to raise awareness for breast cancer in Saudi Arabia included becoming a Guinness World Record holder for organizing the world’s largest human pink ribbon in 2010, and leading the first all-female Saudi team to Everest Base Camp in 2012.

This spring I am launching 10KSA, another world-record-breaking event for breast cancer, taking place in Riyadh in October 2015. In recognition of professional accomplishments, commitment to society and potential to contribute to shaping the future of the world through inspiring leadership, in 2015 I was honoured by the World Economic Forum as a Young Global Leader, 2015. Since 2014, I have also been the Patron of Arab Women’s Awards, Kingdom of Saudi Arabia and an Advisory Board member of Saudi National Creative Initiative, whose initiatives include provision of communication platforms for creative talent in the Kingdom. In 2014, I was recognised by Fast Company as their Most Creative Person of the year.