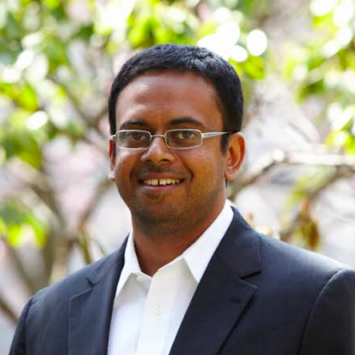 Co-Founder & CEO
at The Amani Institute
My experience and deep interests:
I am based in: Bangalore
Other projects and organizations include: TEDxAmsterdamED

I have spent my life questioning the status quo, and have built a career around connecting global citizens to solve social problems across boundaries. I co-founded the Amani Institute, a new model of higher education that develops people who seek careers of meaning and impact, with these values in mind. The seeds of Amani were cultivated while I worked with Ashoka for a decade, where I designed and launched five new programs and managed two other global projects. These included Ashoka’s Peace Initiative (supporting social entrepreneurs in conflict zones) and the Globalizer program (helping social entrepreneurs scale up their innovations).

Raised in Bangalore, India, I hold a Master’s in Public Policy from the Harvard Kennedy School, a Bachelor’s in International Political Economy from Davidson College (a degree I self-designed), and a certificate in Creative Leadership as one of the founding participants of THNK School for Creative Leadership in Amsterdam. I have guest-lectured at over twenty universities in the United States and Europe, including Harvard, Georgetown, Johns Hopkins SAIS, and HEC Business School Paris, and I am currently a member of the World Economic Forum (WEF) Global Future Council on Behavioral Science.

I delivered the Commencement (graduation) speech at the University of San Diego in May 2015 and a TEDx talk at TEDxAmsterdamEd in April 2016. My writing has been published in Forbes, the Stanford Social Innovation Review, MIT’s Innovations Journal, India Today, as well as in the recent book, Dream of a Nation.

I have studied and worked on every continent (aside from Antarctica, where I hope to travel next) and am a hopeless cricket junkie. I am the author of two books: ‘Such a Lot of World‘, a novel, and ‘Your Work Begins at No’, a collection of essays on social impact education.

See all articles from Roshan Paul