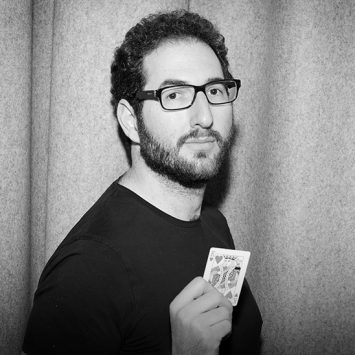 CEO & Director
at TimeRepublik SA, Director
My experience and deep interests:
I am based in: New York

After film school in Denmark and a Directing MFA in NYC, I cut my teeth under Martin Scorsese. For a decade, I directed in Bollywood, Hollywood, The Middle East & Europe to hone my storytelling.

My last film Misdirection (kids escape the ghetto by becoming magicians mentored by David Blaine) led me to direct a performance for a Blood turned magician for Google’s Peace Summit: eighty other “formers” (Neo-Nazis, gang members, terrorists) met to end the radicalization of youth.

Witnessing the potential of a brand to support social action and Occupy Wall Street lacking a clear narrative, I created a campaign for MoveOn.org to brand OWS.

This campaign caught the WeWork CEO’s attention and my three years as a corporate advertising spy began.

After working for a dozen firms as a creative and strategist, I teamed up with a Rocket Scientist and Neuroscientist to create a qualitative method called the Algorithm.