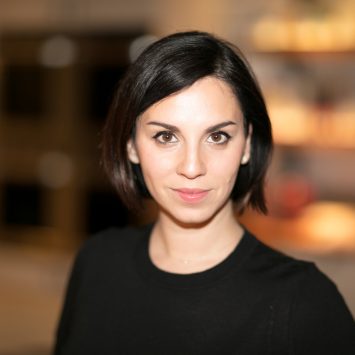 Founder and CEO
at Novikov School
My experience and deep interests:
I am based in: Moscow

I was born in Moscow, Russia. As long as I could remember, I always wanted to study abroad and be a successful businesswoman. I worked since I was 12 and when I turned 16, I got into the University of British Columbia in Vancouver, Canada. I got my bachelor’s degree and returned to Moscow at the age of 20 and joined McKinsey and Co. as the youngest consultant. I worked in media and telecommunications, got very interested in technology and left to become a partner in an internet investment firm. While working I was passionate about dancing, so I decided to open a dance school, my first entrepreneurial project, and I made all the mistakes possible. Later when we sold the internet firm to a state-owned media house, I was asked to join the largest independent media house as a Chief Strategy and Digital Media Officer. During the last 10 years I was also passionate about cooking and visited many schools worldwide, but I never found the one I was happy with. So, I decided to quit the corporate world and open one of my own. Today Novikov School, 2 years old, is the largest culinary school and restaurant management school in Russia working both with professionals and amateurs in both online and offline format.

I was nominated to become a THNKer by Yan E. Yanovskiy