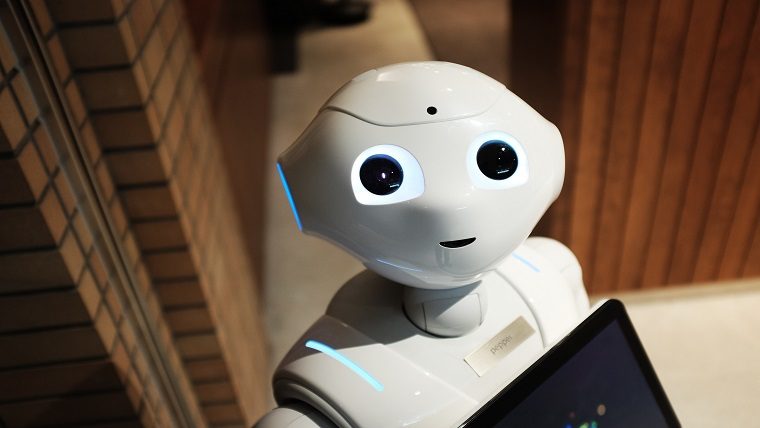 Have you shot a dronie? If not, you probably will soon. Dronies are selfies filmed by remote-controlled drones, registering your face and surroundings from the sky. Dronies are the natural evolution of existing technological trends, and might teach us a broader lesson about what the future holds.

Many of us are uncomfortable with the rapid pace of technological development, and some of the changes can really get under our skin. We feel out of control, as if we can’t really do anything about what technology is doing to us. We feel powerless about affecting the future that is to come.

And yet, the future is malleable. We are free to shape it as we want. The fate of technology is not an undecipherable enigma that only engineers at Google, Amazon, or Samsung can solve. We can make better decisions in the present by developing a smarter understanding of the laws that govern technological evolution, of how it behaves over time, and what lies over the horizon. If we start thinking about these issues today, we can turn our discomfort into action.

The impression we might have from reading Wired or Engadget is how state-of-the-art technology is invariably exciting and moving at breakneck speed. However, we usually forget to consider its influence on us. We can do something about this by understanding technology patterns and thinking of how they might unfold. By contemplating desired and undesired consequences alike, we can better anticipate their future potential.

If you’ve traveled beyond the borders of your home country, you’re probably familiar with culture shock – the disorientation caused by experiencing an unfamiliar way of life. This shock was previously limited to foreign travelers, but in the 1970s American futurist Alvin Toffler noticed how a similar degree of disorientation was increasingly being felt at home. He coined the term future shock to signify this particular form of nausea caused by accelerating change.

We’ve all experienced it. Perhaps by spotting an athlete donning a prosthetic limb at the gym. Or Skyping while flying over the Atlantic Ocean. “The future is unevenly distributed,” says sci-fi guru William Gibson, and future shock is when we get caught by its jagged edges.

THNKer Michell Zappa started collecting shocking photos of technology. He hand-picked images that purposefully make people uneasy, like self-aiming weapons and home-printed hamburgers. The point is to make people stop in their tracks and go, “hey, wait a minute…”. By causing this slight degree of discomfort, he hopes to spur people into shaping the future for the better. How does it feel to see what the restaurants of the future could look like?

A second frame for thinking about technology is knowing where to draw the borders around it. We tend to think about technology in terms of its artifacts – we imagine technology as the devices that surround us, like automobiles, binoculars, or robots.

In fact, writer Kevin Kelly explains that technology is everything useful that we make. Every human invention, or even everything that isn’t of the natural world, is in some way technological. By this definitio, we must consider things like agriculture, writing, and money as fundamentally technological in nature. These were all developed by man at some point in history and have become building blocks of modern society.

By broadening the scope of what we call technological, we can get a better understanding of why the laws that govern this change have such a profound effect on our civilization.

Technologies tend to evolve in a particular direction, constantly increasing their speed and proliferation. This observation began in the 1960s, when Intel engineer Gordon Moore noted how the microprocessors they manufactured tended to double in speed approximately every two years. What became known as “Moore’s Law” states that information technologies grow their capacity exponentially.

This rate of change is unparalleled in the natural world, and explains why computers grow faster, cheaper, and smaller every year. We’ve all experienced this to a degree. Today, we’re comfortable replacing our smartphone every year or two without giving it much thought. But because the effects of accelerating change are not limited to devices, this acceleration tends to apply to all spheres of society.

We’re seeing a global explosion of startups creatively addressing previously “impossible” challenges. The constant growth of internet connectivity coupled with affordable hardware (both driven by Moore’s Law) is enabling a generation of technology-minded problem-solvers trying to upgrade just about every aspect of our society, economy, and culture. These well-meaning founders are collectively attempting every conceivable approach to disrupt long-established social institutions.

An instant ago, record labels and travel agents felt the effects of accelerating change on their business. Today, hotel chains and taxi drivers are protesting the rising tide. In another instant, banks, public utilities, and even governments will have to question their very existence.

Roy Amara from the Institute For The Future argued, “We tend to overestimate the effect of a technology in the short run and underestimate the effect in the long run.” At the turn of the century, we thought we would soon be able to order everything online, but it took a few dot-com crashes and a decade of false starts before it is starting to happen in earnest. We are now increasingly purchasing goods online, disrupting not only bookstores but entire shopping malls and high-street districts.

This particular thought pattern is hard to shake, and worth repeating like a mantra. By reminding ourselves how misguided our expectations about the future tend to be, we can improve our posture for actually dealing with it. Instead of negating the possibility of radical news, we can anticipate how wonderfully outrageous the future can be, and how quickly things can change.

Take the example of YouTube, which in under a decade helped radically reshape the medium of broadcasting. YouTube’s runaway success can’t be pinned to a single factor, but part of their triumph can be attributed to good timing. Were it not for devices like the Flip video camera, the falling price of digital storage, and the surge of broadband internet users around the world, YouTube would probably had gone the way of so many other turn of the millennium video streaming services. These technologies in isolation did not lead to a revolution, but combining different new technologies brought upon a revolution in how we produce and share video today.

This exercise can be done retroactively to understand the history of any particular technology, but it can also be done to imagine potential futures. By combining a handful of emerging technologies in different stages of evolution, you can ask yourself, “If these things were to happen at the same time, what kind of world would this lead to?”

In effect, you start with certainties – namely technologies that are being developed – and combine these to form a set of speculative possibilities. These possibilities might be uncertain, but they are backed up by technologies that are already being implemented. You are using observations of what is happening today to point to possible and plausible futures. By building speculative scenarios you’ll quickly learn which futures are preferable to others, and can start looking for paths of getting there.

Join the THNK Executive Leadership Program to learn how to adapt to the disruptive technologies that will undoubtedly impact your business.