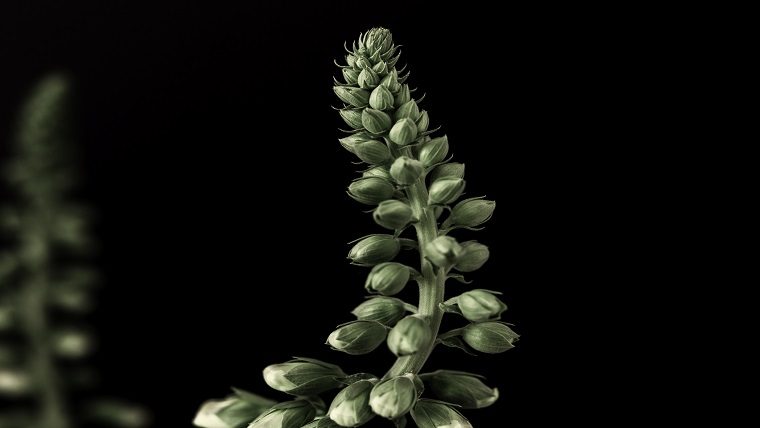 If you are ready to change the world, there are several ways to go about it.  Given that your impact will often be limited by the budget at your disposal, how do you leverage your resources to achieve dramatic outcomes? The application of small, smart moves aimed at achieving outsize results is called Scaling. Visiting Faculty Siegfried Woldhek used this strategy at the World Wildlife Fund to create a now-legendary example of highly creative strategies that shifted the application of resources on a massive scale.

Why you need outsized impact

Woldhek explains that in 1990, the world’s conservations funds had a combined budget of $1 billion, an insignificant amount when compared to the scale of the global economy. Even doubling that number wouldn’t make a dent in the overall effect. The challenge was how to use this very limited capital in a way that changed how overall resources were spent. If the day-to-day spending of others can be aligned with your vision, it will put a far greater budget and workforce at your disposal. How could you change the direction of this money flow by using targeted interventions?

Woldhek’s team first identified the big issues in global conservation: climate, forest, wetlands, and trade. They narrowed their focus to the wetlands as they presented a positive approach to scaling due to it being an area in constant change. They then asked themselves what would need to happen in the next ten years in the Netherlands.

The Netherlands is a small, highly developed country with extensive agriculture and consequently very little space left for nature. In the early 1990s, the percentage of nature hovered around 5%. They set a concrete target achieving 200,000 hectares of extra nature in the Netherlands in a period of 10 years, thereby doubling the area set aside for nature to 10%. Woldhek remembers the incredulous laughs of the journalists gathered at the press conference when he announced this objective.

The key realization was that they would need local solutions. The people who live and work in an area often know the best opportunities and potential that it offers, but they are often stuck. If their interests don’t align, they frequently fight each other’s proposals and prevent meaningful change. There was clearly room for opportunity: many local solutions could be achieved within the context of a large overarching vision and would cumulatively produce outsized results.

Woldhek and his team devised a strategy: The first was to create a compelling vision for the project, while the second step was to build a prototype that is locally suited and involve everyone affected. The majority of the work was in the following phase of bridging the vision and the current situation. The fourth and final step, concurrent with the first three, is to be the host of the party.

The first step – which takes around 5% of the time and effort – is to create a compelling vision. This should include images and maps that allow to truly visualize the dream. Woldhek’s team invented new terms for their vision: nature development (in Dutch: natuurontwikkeling) and new nature (in Dutch: nieuwe natuur). These were controversial – conservationists objected to the idea that nature could be developed, or that “new” nature should be created. Using this new terminology made waves, and it was crucial to the effort to draw people to the large vision.

One of the first signs of making an important change is resistance. Celebrate this reaction. It means you’re on the right track, and that you are shaking things up.

Step 2: Build a prototype and invite everyone

The second step – which takes 15% of the time and effort – consists in creating a prototype, pilot project, or experiment, and inviting everyone to experience it.

Doubling the amount of nature in the Netherlands consisted of reclaiming land next to the great rivers, making it possible to walk from Germany to Rotterdam. A prototype area was created near the border, as far away as possible from the political seat of power in The Hague. Experiments can benefit by being held far away from the watchful eye of the authorities, as innovation often happens in the margins. The small prototype area was also purposefully named Gelderse Poort, the Gateway to Gelderland, suggesting a grand entrance to the Netherlands, thus building on the foundational myth of the country.

The prototype area involved dyke authorities, farmers, conservationists, and house owners. These four different stakeholders were at each other’s throats and terminally stuck. The dyke authorities needed the dykes to be raised in case of flooding, which threatened owners of century-old cottages on the dykes. Farmers that had farmed there for generations fought nature conservancy groups to protect small wetland areas by the river.

The sensing phase is key. It involved listening a lot, bringing people together, consultation on the ground, and consuming, according to Woldhek, “lots of coffees and lots of beers”. The WWF found a way to turn this situation from a quadruple-lose situation for all concerned into a quintuple-win situation by bringing in an additional stakeholder to break the deadlock.

The solution was to bring in the clay and brick companies. They were commonly seen as the bad guys who dug up the best piece of topsoil and left a trail of waste behind. Instead, they would be given access to the clay in the farmlands and allow farmers in financial difficulty to sell their land. The dyke authorities had extra space to strengthen the dykes without destroying the houses, which also solved the problem for the homeowners. The conservancy groups lost their small wetlands near the dykes but gained a massive new area of nature bordering the river. The money to pay off the farmers came from the brick industry, which got the clay in the area in return for digging the new riverbed. This time it left behind an extensive trail of nature.

Step 3: Bring people into the field of tension

The third step – which takes the greatest amount of time and effort, 80% – is bringing people into the field of tension between the vision and the work on the ground. It asks “wouldn’t it be nice if…?” while facing current reality.  Other stakeholders along the river asked for support to turn their own situation into a new possibility. Everyone involved went from being stuck in the current situation to creating a new reality. As Woldhek stresses, no one wanted to create new nature- they did it to solve their own problems.

A pilot project needs as many people as possible. The WWF used its strong reputation to invite over 200 schools, so that busloads of schoolchildren came to the project and told their parents about it. From ministers and members of parliament, to journalists and business people, everyone was invited to come and see this special stretch of new land. This spread a strong message across a broad network, which soon went viral, harnessing the power of the crowd.

What is therefore crucial is to appeal to the enlightened self-interest of the parties involved. People are very clear about what they need and what they want. What you need to offer is how to help achieve their goals, and to align their goals with yours. There is also an emotional part to doing good, so you can provide this opportunity. People brought their children to these new projects because they were proud of what they had achieved.

Woldhek decided to limit his organization to five top conservationists who outlined a vision and safeguarded the quality and viability of the project. Thirty-five people worked on the marketing and communication strategies by engaging governments, businesses, and customers in a conversation about the goals, and in spreading the news about successful pilot projects. Influencing the way people spend their money – and aligning this total budget to your goals – happens through network communication. Networks are one of the keys to scaling.

Step 4: Be the host of the party

The fourth and final step – which occurs throughout the process – is to be the host of the party. This is a fundamental reframe of your role. You will focus on getting things done, acting as facilitator offering the space, opportunity, and trust for all stakeholders to find their own solution. In order to be a good host, you need to act as a trustworthy and neutral power broker between all stakeholders. One of your tasks is to provide feedback loops for the process, through a website, meetings, publications, press conferences, and celebrations: these guarantee transparency, trust, and safety. This should happen both offline and online, so everyone can join in, follow, and witness the progress. You are creating a movement.

Woldhek uses the analogy of hosting the party seriously. You arrange for a great space, invite people that you think have something to say to each other, and you provide drinks and snacks. Introduce the first few people to one another and then you step back and watch it unfold. It can be quite a shock to realize that you have a different role. You can have a far greater impact on the result as a host than as an actor, but you will have to get used to your new role behind the scenes. This also means that recognition for success will not be ascribed to you, but to those who made it happen. As Woldhek points out: “If you put a boundary on it as ‘your’ project, you will never, ever succeed at having a big impact.”

Applying this to your own project

The World Wildlife Fund strategy began by designing a compelling and exciting vision. Start a pilot project that will help local stakeholders articulate a direct bottom-up solution. Assist them in developing the prototype and then invite as many people as possible to see this pilot project, and experience and envision the possibilities that it offers. Provide assistance and help stakeholders have conversations about pursuing their own enlightened self-interest and align it with your vision. By taking on the role of host, you will provide direction, authority, trust, and feedback loops so the endeavors can spread through the extended network. Only then can you start to change the world.

To discover how to effectively build and scale your pilot project, join the THNK Executive Leadership Program.