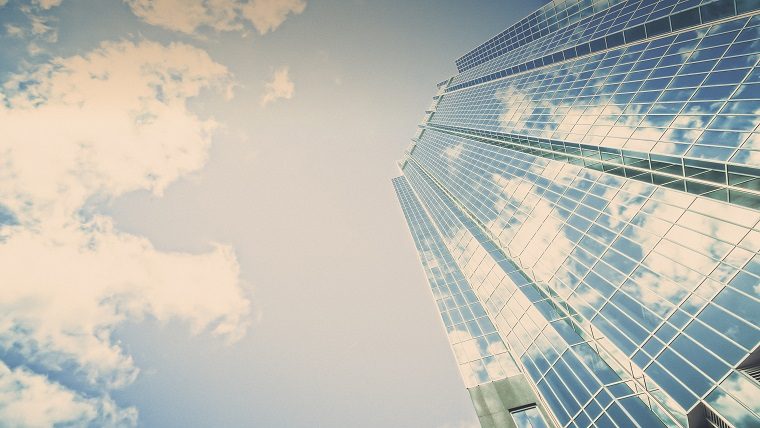 This article is part of THNK VIEWS. We bridge theory and practice on organizing imagination and innovation by extracting key implications and offering new insights to innovation practitioners from a rich database of research papers. This article builds on research conducted by Georg Stampfl, Reinhard Prügl and Vincent Osterloh, An explorative model of business model scalability.

What are the magic ingredients to scaling? How come some businesses enjoy exponential growth and others–despite their best efforts–often hit a ceiling?

Even though venture capitalists cite scaling potential as a primary consideration in investments decisions, few studies have explored the issue more closely. While researching e-businesses, authors Georg Stampfl, Reinhard Prügl, and Vincent Osterloh discovered that there are certain key actions that have a positive effect on the scalability of business models. These can be divided into three factors related to the external environment, business model elements, and organizational drive.

There is a big discussion around the relative importance of each of these moderators.  In practice, building a scalable enterprise is such a rare event (less than 0.5 percent of start-ups scale above $10 million revenues within 5 years) that we conclude that most components need to be in place.

Parkmobile began in the Netherlands 16 years ago.  After several years of successful growth in its home market, Parkmobile enjoyed a healthy profit margin. In 2008, CEO Albert Bogaard decided to move the young company to the US. After a difficult first year, the business took off and in 2014, Parkmobile generated $34 million revenues in sales and became active in 8 countries.

The environment in which you operate matters tremendously. Growing a business successfully is much easier under favorable market circumstances. Leveraging “tailwind” drastically increases the chances of successful growth. That means focusing on new and growing market opportunities instead of swimming against inevitable declining trends is extremely important. Also, just as a fish can grow physically larger in a larger pond, the market size defines the potential size of the company. In many, especially digital, businesses (e.g., software providers and online service providers), the market is international or global from the start.

Market dynamics and the timing of introduction also have a major impact on the rate at which a company can grow. Because of the seeming emergent opportunities created by market dynamics, they usually go hand in hand with a lot of start-up activity. Here, we would suggest that you think twice about entering a market as the industry’s only start-up. You might have the heroic role of being the trailblazer, but often the fast followers running down the path that you just cleared might overtake you.

All businesses benefit from scale, but with some business models, the effects are exponential. Business model moderators of scalability include viral marketing and creating an infrastructure that can handle growth.

Viral marketing stems from serving your first customers so well that they become real ambassadors for your product. It helps if the customers have a vested interest in more customers using your product. We all know the classic example of the telephone –the more users, the higher the value growth. But there are many more ways to make it worth for your customers to become an ambassador. Think about being the first to talk about the new product, gaining respect by being an early adopter, being engaged as an active user, etc. For example, Mosaic enables crowd funding of loans for solar development projects, a business model in which users have a vested interest in ‘recruiting’ more users. Groupon follows a similar model, by offering daily deals of up to a 90% price reduction, on the condition that a set number of customers purchase the deal.

Creating an infrastructure that can handle growth is essential. Infrastructure is about IT, production and, in general, delivery capacity. If the delivery is predominantly human-based, quickly training more employees becomes a major bottleneck. One way large corporates can create value is by acquiring small companies with promising technology and products, and completely replacing the product development process with the much more scalable and efficient one the corporate already has in place.

It is a well-known fact that approximately 50% of start-ups fail, both across the world and across different factors. Of those that do succeed, the majority grows into a small business employing some tens of employees and settling for a revenue base of a few million Euro. When we interview these founders, we hear a consistent message: the current size is already optimal from their perspective.

We see a notable difference in the case of social entrepreneurs who have the passion and purpose to tackle a major social challenge. Only by reaching scale will they ever make a relevant difference. This principle was well understood by Niel Blumenthal and Dave Gilboa, who co-founded Warby Parker in 2010, an eyewear retailer that donates a portion of its profits to non-profit partners, who sell glasses at an affordable price in developing countries. Five years later, the company is estimated to be of $1.2 billion worth.

To reach scale, the vision of management and governance are key influencers – they must be growth-oriented and empowering at all levels of the organization.

How much growth is good enough

A range of so-called accelerators has emerged over the past decade to serve and promote early-stage businesses. Most of these have followed models with short “boot camp” workshops, fast-paced, “sink-or-swim”, go-to-market periods, equity-only financing orientation and a strong emphasis on product and technology over service and infrastructure. The ideal examples everyone points to include are Google and Facebook – companies who have redefined the growth rate possibilities.

Call us old fashioned when we call for caution. Innovative enterprise is often focused on commercial, social and environmental opportunities that are highly complex, require careful knowledge of the market and its addressable problems, longer penetration periods and different sources of finance with longer financing cycles (such as project-based financing, government grants, tenders, etc.). Thus, enterprises, much like the Slow Food Movement, can be developed in a more thoughtful way, optimizing their services for quality and health before catching up speed and growth. The financial support necessary for “Slow Entrepreneurship” is, therefore, more resilient, suffering less from issues of timing, penetration rates and magnitude of early traction.

Accelerated growth might be the outcome, but is not the objective.

Great growth — but are you making money?

Profit margin growth looks at the health of the business – as you scale, you may grow in revenues, but does that mean you grow in profits? Here, technology can be leveraged to generate zero-incremental costs, and drastically increase your profit margin growth. Process automation, for instance, results in costs that remain constant as revenues scale, thereby increasing the profit margin.

Spotify illustrates the other side of the coin:  despite being a tech company, its costs are not near-zero –in fact, it has to pay music rights for every song that is listened to also for its free service. Its user base for its free service has exploded from 7.5 million to 55 million over the last 5 years. As such, Spotify relies on cross-selling its premium service at a high enough level to still make a margin, as well as on using advertisements as another source of revenue. In 2014, Spotify increased its revenue by 45% since 2013, to $1.3 billion, but also experienced a net loss of $197 million, almost tripling its 2013 losses.

That is the challenge with industries striving for zero incremental costs: they tend to also drop prices rapidly, mostly due to competitive pressure, and to dominate the market, which can later be leveraged for cross-selling.

Factors considered as scalability killers negatively impact growth if they are present, but when they are not present, scalability is not necessarily a given. Consider these as factors to avoid. More specifically, these include:

The good news is that start-up entrepreneurship is innovative by nature, meaning that “scalability killers” are certainly roadblocks, but nothing more than that. For every limiting belief, there are examples of creative leaders who reframed these into opportunities. In particular, the cloud storage provider Dropbox tackled the issue of an uneducated market by creating an intuitive and seamlessly embedded experience for the users. The company has been valued at $10 billion and doubled its user base in 2014 to 200 million. Moreover, the texting app WhatsApp broke into a very tough market by offering an ad-free, user-friendly service through a Freemium model. Both companies leverage the power of digitization to scale rapidly. After all, there is no shortage of solutions for innovative minds.

To discover how the THNK Executive Leadership Program can help you scale your venture, visit the program page.