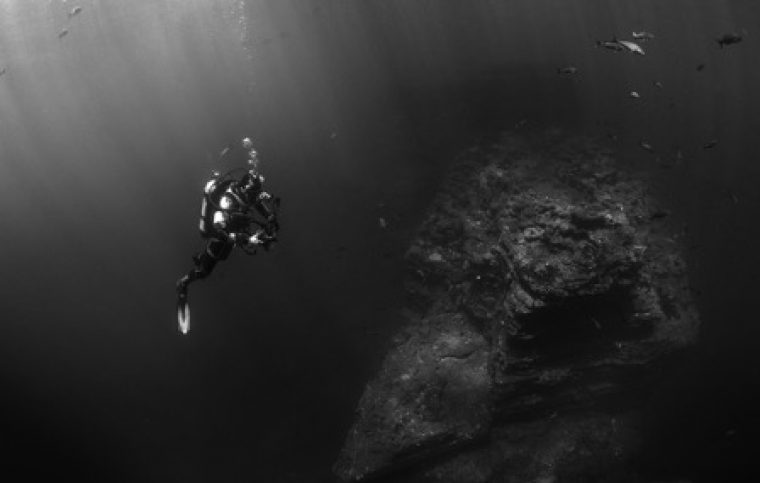 Being a leader is laborious.  Although many come across as beacons of confidence and conviction, their inner selves are peppered with ambivalence and self-doubt. In fact, some can only function through a constant stream of doubts, a two-sided compass in an uphill climb. Fear carries with it a host of conflicting feelings and emotions.  Those who find themselves fearing their role as a leader are often surprised by its force, and can be found deep in confusion.

Recognizing your fears and acknowledging them for what they are allows any leader to create a productive outcome. Before leaders can properly face their fear, they must recognize which areas of their life are riddled with fear and anxiety. The twelfth-century Persian poet Rumi approaches it as an invitation in the poem, The Guest House.

Looking into the eyes of fear

Our primal fears are innate, refined by our experiences for ultimate survival. This set of fears has to be faced head-on to move forward otherwise energy will be expended like a tire spinning in mud.  Learn how to yield to opportunity through Presence, so to give your focus to extracting thornier but more manageable sets of fears: those borne from leadership.

In a community of leaders concentrated on improving the world through daring ventures, the following are the fears most frequently expressed.

Fear of failure: inadequacy; still taking charge and as a result making mistakes that have major consequences. Failure is what the strongest, most intelligent and most confident leaders fear. Whether starting a new project or succeeding in the current one, the difficulty lies in escaping from the gnawing sense of failure. Being afraid to fail will lead you to tell people that you don’t expect to succeed. To lower expectations destroys imagination.

Fear of being abandoned: the fear of becoming isolated, being pushed out of the team or organization. A branch of this fear is this is the fear of not being popular and being rejected, the latter becoming crippling for some. If untreated, fear of rejection worsens over time and gradually takes over every part of life. You fear people losing interest in you and disappointing those whose opinion you value.

Fear of criticism: this particular type of fear focuses on what other people think about you and hinders you from pursuing the future you desire. Being afraid of others telling you what you cannot or should not do, and what you cannot accomplish, will quietly and quickly fester if left untreated.

Fear of being an impostor: the fear of claiming a leadership role and others finding out that you were not born, trained, or qualified for it. Not everyone can function on the “fake it till you make it” theory.

Fear of making a mistake. When we become afraid to move forward, and are afraid to make mistakes along the way, we miss many great opportunities.

Your idea might still be rich in your head but literally failing because things have not been not well-managed. If you recognize this reality, or genuinely fear this outcome, explore the specific risks and how these can be managed. Fear is fire: you can let it cook your food or watch it burn your house down. Ask yourself, what if you weren’t the right person for the job?  Maybe if you fear being rejected, look in the mirror and answer the question: is it time to move on? Approach both fears profoundly but with distance: it is not about you personally.

One strategy in these specific situations is to employ “defensive pessimism” and manage the anxiety and worry that comes from fear. Leaders here deliberately imagine a disaster scenario and they are driven to avoid it, considering every relevant detail to make sure they don’t crash and burn. Anxiety levels reach their zenith before an important event. The trick is to make fear your friend and prepare more rigorously to spot potential problems quicker. Do not underestimate the power of preparation.

Fears might be conditioned by personal upbringing, experiences, education, and personality.  In the case of leadership fears, the adage that you have nothing to fear but fear itself might just be the best solution.

Fear of failure? Ask yourself: would you feel worse afterward if you had failed or if you had not tried?

Fear of being abandoned? If you feel unvalued, ask yourself: why do I rely on others for my self-esteem?

Fear of criticism? When you are closed to ideas, what you hear is criticism. When you are open to criticism, what you get is advice. The course of action here is for you to choose.

Fear of being an impostor? Leadership is an act, not a role. You will be judged by your actions and the impact they have on others, not by your pedigree.

Fear of making a mistake? To paraphrase a sports expression, true leaders already assume that others will make mistakes. To be entrepreneurial is to capitalize on and learn from every mistake big or small.

Ultimately, though, our shared fortune is that each of these fears are conditional and ultimately about a lacking sense of confidence. Perhaps the following poem by Marianne Williamson will help:

Our deepest fear is not that we are inadequate.
Our deepest fear is that we are powerful beyond measure.
It is our light, not our darkness that most frightens us.
We ask ourselves: who am I to be brilliant, gorgeous, talented, and fabulous? Actually, who are you not to be?
You are a child of God.
Your playing small does not serve the world.
There is nothing enlightened about shrinking so that other people will not feel insecure around you.
We are all meant to shine, as children do.
We were born to make manifest the glory of God that is within us.
It is not just in some of us; it is in everyone and as we let our own light shine, we unconsciously give others permission to do the same.
As we are liberated from our own fear, our presence automatically liberates others.

To discover how the THNK Executive Leadership Program can help you recognize and face your own fears, visit the program page.