The power of giving 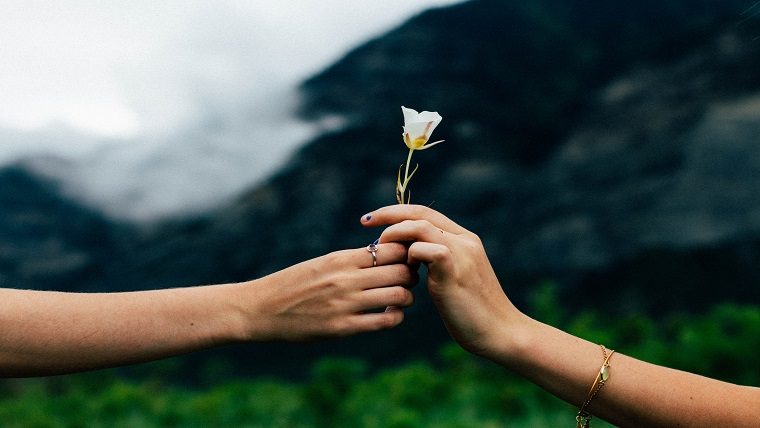 At THNK we play something called Charlie’s Angels, a game designed to leverage the power of a network. The beginning is usually a little bit awkward. An entrepreneur must first turn a need into an ask, and two appointed “angels” will take that ask and forward it to someone that may help, with a solution or a contact lead, or whatever else may arise. The game only works when those being asked share who and what they know, and give help without a return.

Having Angels as personal givers removes any sentiment of personal gain or competition, and you can give help simply for pleasure of doing so. By the end of the hour, everyone is usually engaged, excited, and high-energy. After all, givers advance the world, while takers advance themselves and hold the world back. Givers play a win-win game for all.

We know that generosity and helping each other releases incredible energy, but at the same time it can feel unnatural and awkward? Why do so many of us feel inhibited to give? And how might you create a routine of generosity within your professional life?

For a long time, people would have argued that our entire economic system assumes human nature to be rational, self-interested, and power-thirsty beings, hence the prevalence of competition, aggression and violence. Of all the assumptions that capitalist society makes about human nature, this is perhaps the most arduous myth. Behavioral psychologists and economists have largely debunked the belief that our behavior cannot be explained as rational and self-interested – too often we behave in irrational and altruistic ways, putting others before our own interest.

While we know that helping others feels good, modern life and the workplace incentivizes us to act otherwise. It begins in schools, where many continue to use a bell-curve grading to assess students, and continues into adulthood, where reaching the top of the ladder means outcompeting your colleagues at all costs. David Logan, who conducted 10 years of research on the topic of group culture, found that 49% of all organizations still operate on internal competition, where knowledge is power. People are expected to use this power for personal gains. In this type of group culture, “the mood is one of expecting help and support from others, but being continuously disappointed that others do not match their own ambition and skill.” As Logan puts it: it creates a culture where I am great, and you are not – nor is anyone else. Here, givers are perceived to be soft or unfit leaders.

Biologist Frans de Waal offers a different explanation. He has spent his career conducting many experiments with primates that relate to moral behavior (behavior relating to fairness, reciprocity, empathy and cooperation). Amongst others, he has proven that primates reconcile after fights, and help each other on tasks even when it is not for personal interest. He also argues that primates run on the principle of fairness. Given primates’ close relationship to humans, this work sheds new light on our rational behavior.

“We would have two capuchin monkeys side by side working on a very simple task. One would get cucumber pieces, and the other would get grapes. If they both get cucumber, they’re perfectly fine. But if you give one of them grapes, the other guy is suddenly not happy anymore. Some explanations of fairness are the golden rule: I treat you well and in a fair manner because that’s how I want to be treated, which is a very complex explanation. What we see in monkeys is probably much simpler. It’s probably more related to resentment.”

When primates experience seemingly unfair situations, they will start behaving with less generosity. It is not entirely surprising to hear that the same happens among human beings:

“If you look at young children, that’s exactly where they start. But then by thinking about it, we develop a fairness ideal and a norm, where we say it’s better in society if things are fairly distributed. Part of our response now to Wall Street and the bonuses of the bankers is still that simple response: What are they getting, compared to what we are getting? So many people have nothing at the moment, and that enhances our sensitivity to it.”

Changing this mindset and breaking free from its accompanying behaviors is hard. Much of the prevalent operating system runs on fear, extreme rationality and the pursuit of self-interest. Yet most of us know that human beings are cooperative beings, too: “We have survived and thrived thanks to human kindness,” says De Waal.

Becoming an effective giver – Or, unlearning to take, take, take.

Adam Grant has extensively studied generosity behavior among human beings, and observed reciprocity styles within professional networks and identified three: givers (helping others for the joy of it), matchers (helping and expecting something equal in return), and takers (everything they do pursues their own interest). Grant’s book Give and Take expounds on many examples to show how givers find themselves at the top and the bottom of the success scale. Matchers and takers often end up in the middle, with generally average outcomes. Individual drivers of success in the post-war era were aimed at amassing personal wealth, using motivators like passion, hard work, talent, and luck. Given how much of our personal success is linked to how we relate to others, selfless motivators shine like diamonds in the rough.

For example, givers use networking as concrete way to create opportunities for others; takers, on the other hand, use it to boost their visibility and appear important to others, ultimately to gain additional access to people. We found that creative leaders are a special breed of givers, who devote their attention to making a difference in the world by using ingenuity, innovative thinking, and the elements of risk into a new business model. The risk of burnout is high, and the key lies in understanding that generosity is not the same as selflessness. Instead, using your strengths where they will have the most impact is a key action to becoming an effective giver.

Giving without the expectation of a return, while building a reputation of goodwill and trust within a network of peers, takes time, effort and a dose of naivety we call optimism. Fear of exploitation might arise and chip away trust with fears, doubts, and self-interest. Since modern life hasn’t fully integrated a culture of generosity, many givers choose to give on top of their responsibilities. Networking, mentoring, helping others, multi-tasking, sharing, and bringing people together are all activities that most givers do while tending to their 9-5. Burnouts abound among givers, which is why Grant extends his thinking into a spectrum of generosity, one that explains how givers can be both selfless or protected.

There are six profiles of givers, and it helps to find the ones that suit your natural style. Make a structure for yourself on how, who, and when to help. The how is outlined in six profiles of generosity:

You might be able to do all six at any given time but you risk overload, which will in turn hamper your personal growth. Understanding which most suits your style (try to select no more than two) will help you design a structure. Allocate your time wisely and find a workable rhythm or goal. For example, a Giver of Expertise might devote one day per week to write blog posts or articles to maximize beneficiaries. Consider the way that teachers and professors (one of the most common profession among givers) allocate open office hours. Grant’s research showed that dividing acts of generosity into “chunks” of time, versus “sprinkling” little actions every day, improved focus and impact. Do not neglect yourself or your family, so be sure to prioritize your time and energy levels.

There is a dark side, highlighted by the fact that a large bulk of givers reside in the very bottom of the success scale. Grant tells us about research studies that show how givers might have more meaningful lives, but are not necessarily happier or more energized. Givers are often misunderstood as pushovers; takers often track their scent and use it to their advantage, especially when they are skillfully disguised as givers. Be conscious about where your giving energy is dispensed. Selectivity is paramount to self-preservation.

You will truly be giving when you are focused on making a difference – success, then, will come as a by-product. Once you have incorporated a structure into your workflow, define a KPI of impact to keep you on track and blend it into your day-to-day activities.  Don’t give yourself to everyone, and sow acts of selflessness and kindness to issues that are truly in need. Success is not the measure of a person, but effort is.

To discover how the THNK Executive Leadership Program can help you become a better coach and ask powerful questions, visit the program page.