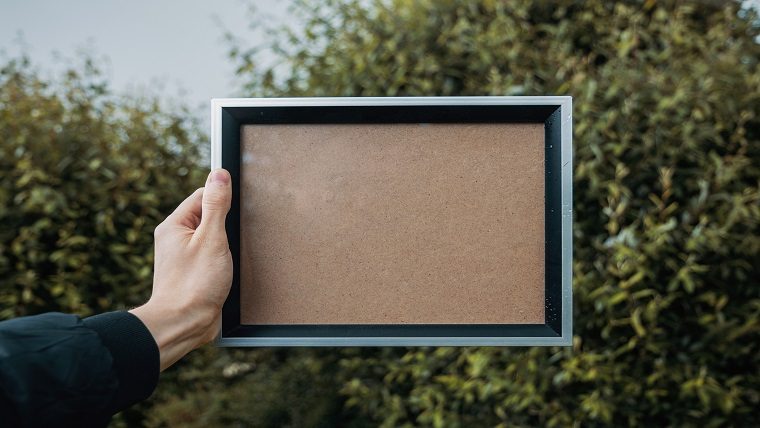 Clean sheet redesign is the method of rethinking existing businesses from the ground up. For established companies, this is a way to innovate processes by asking the right questions about current practices. For start-ups working on a clean sheet, they can apply similar techniques to disrupt existing models, while taking inspiration from existing success stories from other industries. What can start-ups learn from innovation from a variety of industries, such as airlines and mining?

The advantages of a clean sheet

Things change, both gradually and inexorably. When you want to change the world, you will have to take advantage of entrenched infrastructures and institutions. Many large companies have difficulty adapting to new technologies and to evolutions in the workplace, and it is their very size that often becomes the spoke in the wheel of change. How can this disadvantage be overcome?

Technology has advanced, and consumer tastes and needs have grown. Take the airline industry, for instance. The traditional model is a large national airline enjoying protected routes, with a duty to cover flights to the home country, and with highly entrenched labor costs. The new breed of low-cost airlines work with a different business model: using one type of airplane and second-tier airports, flying only to profitable segments, and offering slashed prices and no-frills service. Their labor and operating costs are much lower. The established airlines are finding it necessary to emulate this system by creating low-cost subsidiaries to be able to compete.

This example – and we could add many other examples of established industries – shows the advantage of starting with a “clean sheet”. Designing from scratch, you can make use of the newest technology, today’s labor relationships, the current demands of passengers, and their willingness to trade comfort for price. What you will find is a significant advantage over established companies.

How does clean sheet redesign work in practice? THNK co-founder Menno van Dijk had the opportunity to work in a business with large and intensive capital-entrenched infrastructure− the mining industry. There was an opportunity to build a new mine, and to redesign all kinds of processes. The team found that they could replace large movers with smaller, niftier ones. Large movers were believed to move more at a time in a batch system. But it had also become a question of habit, as large movers had an association with stereotypical machismo, correlating size with manliness.

A second example concerned the number of crushers, and when to trade risks against costs. The old system relied on three crushers, but revised calculations showed that two would suffice. The fear was that if one broke down, the remaining one would not be able to handle the capacity, thereby turning the situation into a bottleneck. Installing two crushers and leaving enough space to retrofit a third eventually solved this dilemma. If the scenario of breakages came to pass it would not be costly to add a third crusher, and it was not needed in the end.

The clean sheet redesign process allows us to rethink a process from scratch. Ask yourself what the real need is in every situation. When building a new plant, the guiding question should be: “how do we create a great business?” and not “how do we build big projects? Consider that elements and processes are there for a reason, and then try to understand it. When you thoroughly examine the assumptions behind their current use, you will likely make surprising discoveries with a capacity for large changes.

What does clean sheet redesign mean for innovation and innovative start-ups, and how can it play a role in their plans? In other words, questioning assumptions about “business as usual” are the same questions to be asked by any start-up. A frequent problem is the evaluation of need. How do you find an audience or a customer base? How do you get traction? Your start-up needs to find an unmet, or badly met, need.

Asking “why?” five times is a strategy pioneered by Toyota to track down the root cause of mistakes. Why did this go wrong? It went wrong because the product fell off the belt. Whydid it fall off the belt? The belt was going too fast. Why was the belt going too fast? Because belt speed is determined by this algorithm. When you get to the root cause, you are not only solving this symptom, but a whole family of similar problems that did not –but very well might have– occurred.

The same strategy of questioning is at work here. Innovation is often best done with pen and paper, by making a tree diagram of the reasons why things are as they are. You are looking for the reason behind the reason. The other important aspect is not to discount any possible reason. For example, don’t be fooled by searching for merely technical motivations. Things often happen for emotional reasons, or because of our habitual tendency to stay in line with “the way things are done”. We find this in all entrenched systems. It’s force of habit, and the force of custom. Reality has become so comfortable and so familiar that we can no longer imagine that it would be any different. We are stuck in a framework and unable to get out of it.

You need to keep questioning behavior, and be on the lookout for emotional and historical reasons. Talk to everybody involved and ask them in a non-threatening way –this is important– why they do the things that they do. Be open and genuinely inquisitive. You want to find out the reason behind the way of doing things without immediately giving the impression that it can be done better or faster.

Don’t mistake the simplicity of the tool for its power. Asking these questions properly will reveal a whole series of misaligned reasons. This will tell you where the major opportunities for clean sheet redesign are. Asking “why?” has an element of discovery to it, like a Boy Scout tracking down signs. It is a discovery in the literal sense: finding something previously hidden, and uncovering why the structure is the way it is. Finally revealing something unseen will bring a great sense of excitement, joy, and achievement. Clean sheet redesign can be an exhilarating exercise.

The second question to ask is: if I were to design this from scratch, what would it look like? This is purely a design exercise. If I wanted to start an airline or design a mine from scratch, I would ask myself: What is the purpose? What would be the fastest way to get there, if there was no entrenched infrastructure? You might ask: Where would I fly? What would I fly with? What does my customer want? What unseen needs does my customer have? Who has never flown before? Who would never, ever use an airplane? Designing a process from scratch is a very creative exercise. For every single aspect, you can consider why we do something in a certain way. What would be a non-obvious way of doing it?

Opportunities will keep opening up the more you manage to uncover long-standing practices that make little sense with current technology, labor relationships, communications, or customer demands. How can you do it faster, better, cheaper, or in a radically new way? How will your new design be disruptive to the established business model?

This is also applicable when you pivot. You may have assembled a team around an innovative concept, only to find out that the competition got there before you, or that tastes have shifted, or that one key element of the technology is not working as you had imagined – this is what happened to the company that came up with Twitter. Rather than disbanding your team, start again on a new concept. Use the approach of clean sheet redesign of asking why and designing from scratch in order to find a new visionary idea.

Are large companies always sitting ducks? Many are, but there are some impressive exceptions. Amazon is a company that keeps reinventing itself: it started as an online bookseller and became a platform for sales. It evolved from a platform technology company to a cloud, and continues to expand by the day. Amazingly, Amazon has always been willing to undermine its established model and compete with itself. For example, the whole idea of selling second-hand books on the same platform as new books – your primary business model- seems pure folly. Why would you allow competitors to undercut you? Now think of yourself not as a bookseller, but as a sales platform. You quickly become a distribution technology company, where second-hand resellers are a new source of customers.

The next step was to become a company that offers these platforms and cloud storage to other companies, including your own. Parts of Amazon compete with other parts of Amazon; there are parts of Amazon that have other parts of Amazon as a customer, and do not treat them any differently from other customers. If you can pull this off, you can combine the size and the clout of large company with the nimbleness of a start-up. There is always an opportunity for a clean sheet redesign.

Clean sheet redesign a powerful strategy with two key approaches: relentless questioning and designing from scratch. It is useful to major companies that need to innovate by questioning their own business-as-usual structure. In effect, they need to embrace the start-up mentality, or go as far as creating start-ups as part of their company. It is powerful for start-ups who want to disrupt a business, and for start-ups that need to pivot. All you need is a clean sheet of paper and an inquisitive mind.

Join the THNK Executive Leadership Program to learn how to effectively implement a clean sheet design to reinvigorate your company.